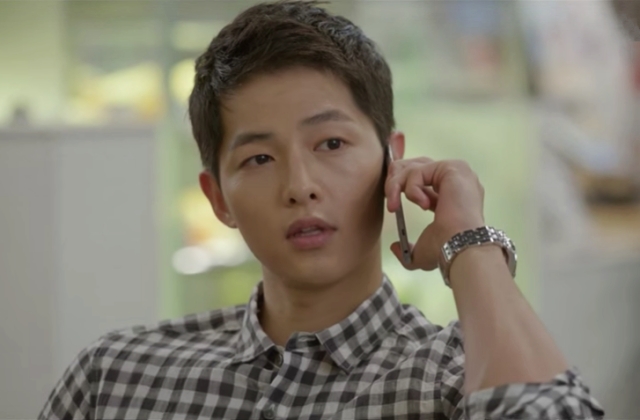 Song Joong Ki was rumored to have found new love, and she was said to be a lawyer. However, this was denied by the 34-year-old actor and the lawyer involved.

The Korean Herald reported that “Hover Lab,” a Korean YouTube channel, stated that the lawyer is working in the law firm that handled Joong Ki and Song Hye Kyo’s divorce. It was also claimed that the woman has also recently got a divorce. She was said to be married for a year before it ended late last year, and it appeared to have been finalized earlier this year.

Things are getting out of hand as the identity of the woman was also revealed by the said YouTube channel. Her photos and personal details have been posted, but it was said that these had been taken down already after a warning has been issued.

Dismissing the divorce and threatening to sue

The rumor that Song Joong Ki is dating a lawyer spread like wildfire online. His name has been topping the most search words in social media and portal sites, but he quickly dismissed the claims through his agency History D&C. They also threaten to sue if the spreading of these false rumors continues.

“The label is making a strict warning against those who are spreading groundless speculation and false rumors about our labelmate,” Allkpop quoted the agency as saying through a statement. “The act of indiscriminately spreading irrelevant information and spreading it as if it were true is a clear violation of the law."

On the other hand, the lawyer’s firm also denied the rumors and stated that they would take legal action as well. The company warned that the distribution of false and personal information is a serious criminal offense. They also asked people to stop the dissemination of such details and to delete their posts immediately.

Last week, Song Joong Ki headlined many publications after he was reported to be dating again, and this was quickly debunked by both parties involved. But despite the denials and threat to take legal action, Today Online reported that fans are not convinced that the story is false.

They said that it could actually be true given that he is strongly denying it. Fans pointed out that he also did the same thing when news that he and Song Hye Kyo were dating so they don’t trust his words now. They said that at that time, he denied and threaten to sue as well but suddenly announced his wedding to Hye Kyo after a short while.

“He denied that he was dating Song Hye Kyo multiple times but announced their marriage right before the ceremony,” a fan was quoted as saying. “He threatened legal action the entire time, then he changed his stance overnight and released news about their wedding.”