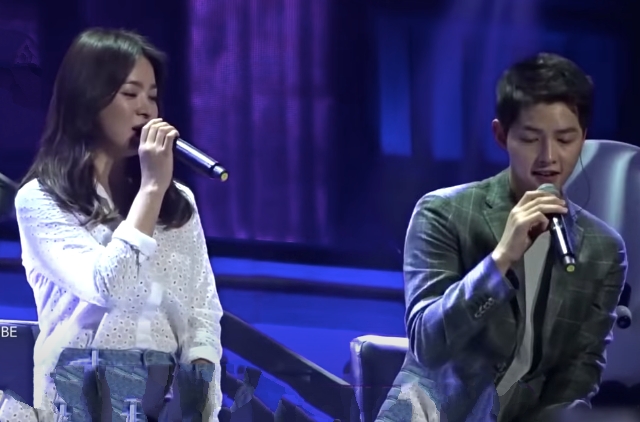 Song Joong Ki and Song Hye Kyo have been dubbed as the golden couple before they dissolved their marriage. They have been together for nearly two years when they shocked the world by announcing their divorce in June 2019.

Prior to their marriage in October 2017, the pair met each other after starring together in the worldwide hit drama “Descendants of the Sun.” They played each other’s love interest in “DOTS” and their dating status was confirmed just a few months before they let the public know that they are already getting married.

Song Hye Kyo was also in a relationship with A-list actor Lee Byung Hun. They developed special feelings for each other when they were filming “All In” drama in 2002. The couple was so popular that when they broke up two years later, it was the hottest news in South Korea.

The actress also dated another heartthrob and popular actor Hyun Bin. Their relationship started after filming “The Worlds Within” drama that was released in 2008. The pair confirmed their relationship in 2009 but broke up in 2011 after the actor enlisted in the army.

On the other hand, Song Joong Ki was never in a relationship with a celebrity, at least none was confirmed. He was only linked to many actresses and singers like Moon Chae Won and Girl’s Generation’s Sunny but he never actually dated them.

Song Joong Ki and Song Hye Kyo became close as they work on the set of “Descendants of the Sun” that was released in 2016. They also filmed abroad in 2015 and they really bonded there.

They kept denying that they are in a relationship even if paparazzi already caught them many times. After the denials, they suddenly announced they are engaged in July 2017 and revealed that their wedding will take place in October of that same year.

Joong Ki and Hye Kyo tied the knot at The Shilla Hotel in Seoul on October 31. It was supposed to be a very private wedding but since the details were already leaked to the public, even fans showed up at the venue.

Just a year after their wedding there were already rumors that the pair’s marriage is going downhill. It was even reported that they are already living apart but still, they denied the rumors.

Finally, a few months after their first wedding anniversary, Song Joong Ki and Song Hye Kyo finally admitted that they are indeed headed for divorce. It was the former who filed the divorce papers in court and it was finalized in July 2019.