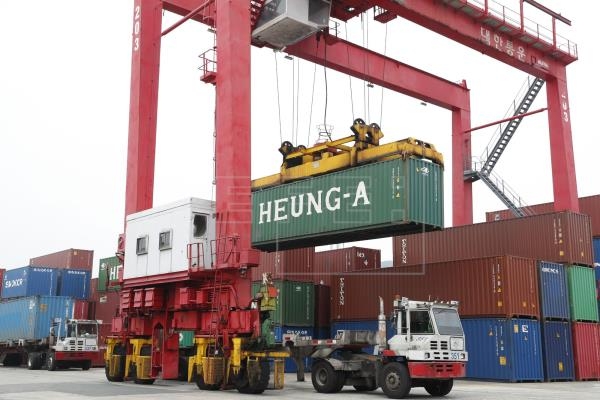 Exports are down for South Korea

The nation's outbound shipments stood at US$25 billion as imports dropped 12 percent on-year to $24.5 billion in the 20 days.

The average daily exports during the in the June 1-20 period also slipped 16.2 percent on-year.

This year, South Korea's exports and imports have so far fallen 10.9 percent and 8.9 percent on-year, respectively.

The International Monetary Fund predicts that South Korea's economy will shrink 1.2 percent this year as the world economy contracts 3 percent.