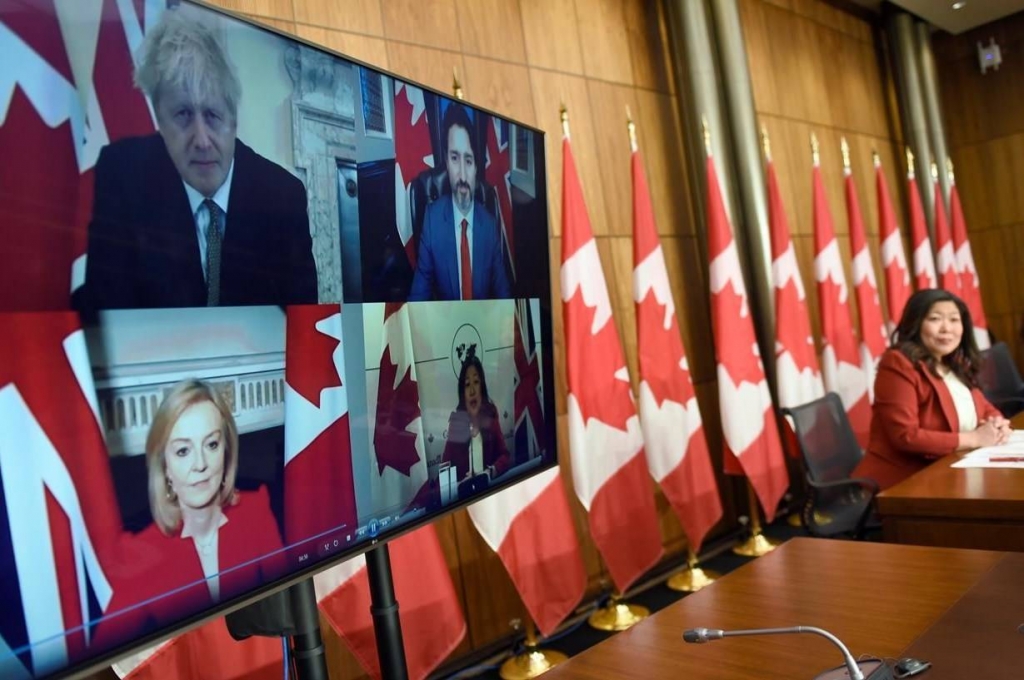 The UK signed a stopgap agreement with Canada, allowing trade between the two countries to continue under the same terms as Canada’s existing treaty with the EU.

The two countries are working on a new bilateral deal.

According to UK Prime Minister Boris Johnson, negotiators have been working to secure trade deals for the UK and would start work on a new, bespoke trade deal with Canada, the UK's eighth-biggest non-EU trading partner.

The UK continues to trade with other countries under the EU during a transition period scheduled to end on Dec. 31.

But without new bilateral agreements, the UK's trade with countries around the world may be hampered by barriers such as tariffs and increased paperwork.

The UK ships such goods as electric cars and sparkling wine to Canada, while importing such products as salmon and maple syrup.

The deal with Canada covers $27 billion of trade, covering about 1.5 percent of the UK’s total trade last year.

The UK has inked post-Brexit trade deals with 53 countries valued at $218 billion of bilateral trade, which is less than 12 percent of the $1.9 trillion of trade the UK recorded last year.

It is banking on increased trade with the US and India to offset the impact of severing ties with the EU, which accounted for 47 percent of the UK’s trade last year.

The UK and the EU have yet to ascertain post-Brexit trading rules.

The two sides need to bridge their differences on fishing, state aid for industry, and resolution of future disputes.

Without an agreement, trade between the two entities would be executed under the terms of the World Trade Organization.