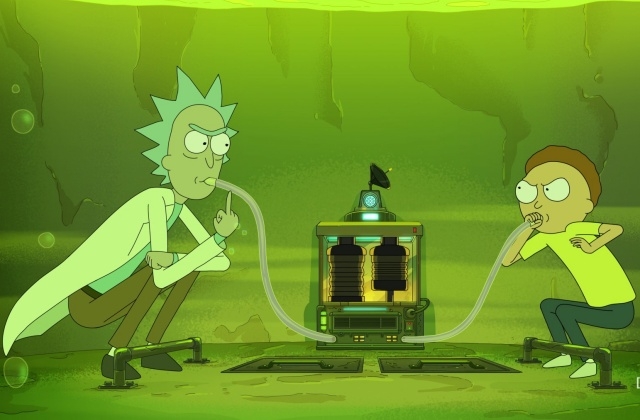 One of the most awaited animated series on TV is no doubt, Adult Swim’s “Rick and Morty” that is set to come back for its fifth season. The previous installment wrapped up in May this year and the production of the next episodes was affected by the COVID-19 pandemic.

But despite the slow down in the works for “Rick and Morty” season 5, fans are hoping they will not wait too long for the series to return. Showrunners Dan Harmon and Justin Roiland assured fans that they are right on track, and in fact, they have continued working at home just to complete the next season and release it as soon as possible.

The show was nominated in this year’s Emmy Awards and during the ceremony, Adult Swim released a new clip that featured the protagonists, Rick and Morty. Express reported that the series gave its take on the current events with focus on the COVID-19 situation.

This is the first appearance of the grandpa and grandson duo since season 4 concluded and it was a delight for the fans who have been looking forward to new episodes. In the clip, the pair were shown attending the Emmy Awards from home and they were wearing face mask too.

The eccentric grandpa Rick then talked about what he has been doing since the quarantine. He mentioned that part of his routine now is to sanitize his groceries and Morty asked why he was not able to get rid of the virus yet. It was a short video but fans love it that they saw Rick and Morty again after a long time.

Series recognized at the Emmy’s

Now, “Rick and Morty” was at the Emmy’s and the show was victorious. It was awarded the Outstanding Animated Program trophy and Dan Harmon expressed their team’s gratefulness for the win.

The showrunner took to social media to share a message of gratitude and it was a heartwarming post. This is because Harmon also mentioned the other shows that could have won the award too.

“The 2020 versions of the cummerbund and governor’s ball suit me just fine if not better,” he wrote on Instagram. “Thank you peers, congratulations to the team at ‘Rick and Morty,’ thank you and you were robbed to all our friends and even the people we’ve never met at ‘Bojack,’ ‘Burgers,’ ‘Big Mouth’ and the ever lovin’ ‘Simpsons.’ It’s all the same job so it’s everybody’s statue and I’m only keeping it at my house so we don’t lose it.”