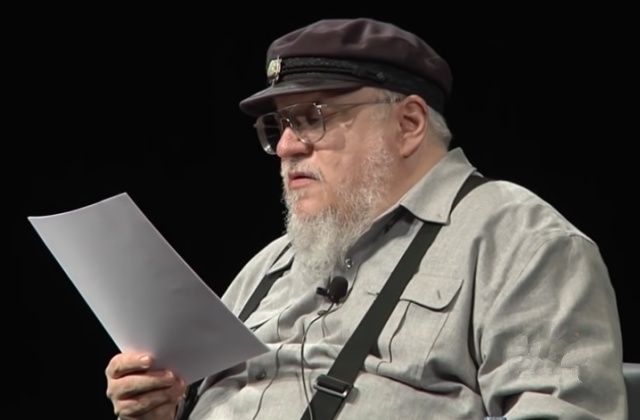 George RR Martin is finishing “The Winds of Winter” and he is focused on the book right now. With his renewed dedication to complete the sixth book in his “A Song of Ice and Fire” series, fans are hoping that he will not miss any more deadlines and just publish it soon.

The delay of “TWOW”

Previously, the 71-year-old author also expressed his frustrations over his failure to stick to his deadlines. He admitted that he could have finished “The Winds of Winter” a long time ago but he did not.

“I know there are a lot of people out there who are very angry with me that Winds of Winter isn’t finished,” he admitted to Entertainment Weekly. “And I’m mad about that myself. I wished I finished it four years ago. I wished it was finished now.”

It has been 11 years since the fifth book has been published and yet the follow-up is not yet around. He has wasted a lot of time but perhaps, fans can’t blame him because he has a lot of projects besides writing novels.

Most probably, the main cause of “The Winds of Winter” delay was his involvement in HBO’s “Game of Thrones” series that was based on “ASOIF.” The show ran for eight seasons and that required years. Unfortunately, since Martin was not able to finish the sixth and seventh book on time, “GoT” was given a different ending.

Martin is hard at work in the mountains

In any case, while fans were not able to lock him up in the mountains so he can finish “The Winds of Winter,” Martin traveled to the woods by himself with only one assistant to help him. He revealed that the lockdown also played a part in his decision to stay in a cabin which is good as there will be no more distractions.

“I am back in my fortress of solitude again, my isolated mountain cabin,” GRRM wrote on his personal page last month. “I am back on the mountain again which means I am back in Westeros again, once more moving ahead with ‘WINDS OF WINTER.’”

He added that while his life has gotten boring up there, he was able to prioritize and spend more time writing “The Winds of Winter.” It seems that he has made big progress when he said he was able to finish a few chapters in a week.

“Every morning I wake up and go straight to the computer, where my minion brings me coffee and juice, and sometimes a light breakfast,” he revealed. “Then I start to write.”

At any rate, now that Martin is back in track, it was predicted that he may publish “The Winds of Winter” earlier than expected. As per Inverse, the release window could be in May 2021.