‘Pokémon Legends: Arceus’ leaks reveal the game’s entire Pokédex more than a week ahead of launch 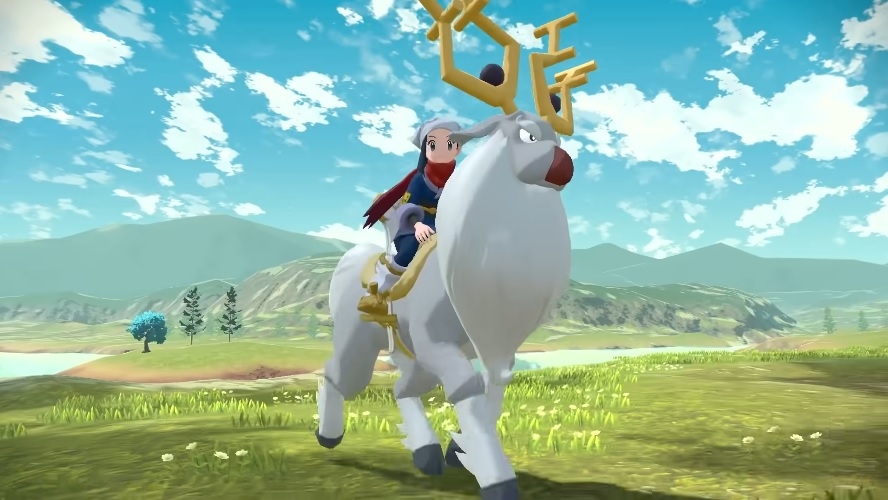 “Pokémon Legends: Arceus” is currently trending on various online platforms, but not for the reason that Nintendo would like. The game has suffered massive leaks over the last day, leading to the early revelation of its entire Pokédex.

Over the last 24 hours, multiple Twitter pages have been sharing images and pieces of information about the “Pokémon Legends: Arceus” gameplay and story. So players who do not like to be spoiled may want to be cautious when browsing their social media feeds in the coming days. They might also want to mute some keywords, especially on Twitter, to lessen the chances of seeing the leaks.

While many online posts have been taken down, unsurprisingly, due to DMCA claims, there are still plenty of posts and links to leaked assets scattered across Twitter and Reddit. In this thread, fans will find links to collections of images that show all the new forms debuting in “Pokémon Legends: Arceus.” Others have also started compiling the leaked assets to make comparisons with the characters’ original forms.

There is even a Google Drive link (accessible to everyone as of this writing) that includes more than 700 Pokémon models, which means that the game’s entire Pokédex has leaked as well. Some players who scanned the file noted, though, that the actual number of characters featured in “Pokémon Legends: Arceus” is lower because this compilation contains multiple models for each Pokémon.

Fans might also want to be cautious when browsing YouTube. At the moment, a quick search of “Pokémon Legends: Arceus” on YouTube will result in a long list of videos about everything that has leaked about the upcoming game. There are even videos that show a full hour of gameplay.

Some fans have attributed the leaks to a massive datamine. But Eurogamer reported on Wednesday that some people have already posted photos of themselves holding boxed copies of “Pokémon Legends: Arceus,” suggesting they were able to obtain units that were supposed to be sold in physical stores.

Unfortunately, it is going to be a tough week for those who are not fond of spoilers. They have to navigate through this amount of leaked information while waiting for the release of “Pokémon Legends: Arceus” on Nintendo Switch until Friday, Jan. 28.