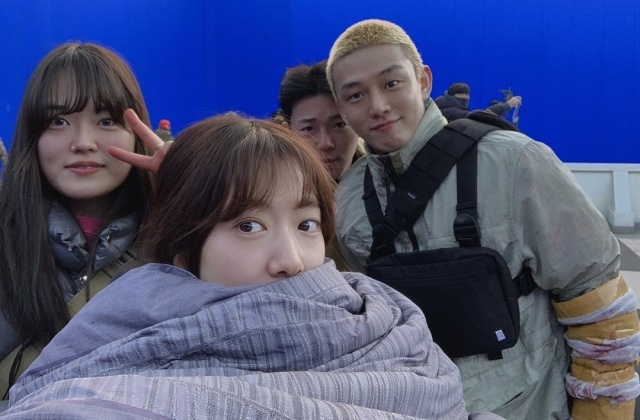 Park Shin Hye and Yoo Ah In’s movie called “#ALIVE” was filmed last year and scheduled to be released in cinemas early this year. However, the date was moved since all activities in the entertainment business were halted due to the coronavirus pandemic.

Fortunately, when the situation on COVID-19 eased up, Park Shin Hye and Yoo Ah In started promoting their movie, and it premiered on June 24. Although the pandemic is still ongoing, the film was still released on theaters.

Social distancing is the norm these days, and many people are very conscious of going out; that is why achieving a good number of viewers is a feat today. My Daily reported that Park Shin Hye’s film exceeded the 1 million mark in 5 days as moviegoers flocked to theaters amid the coronavirus risks.

It was said that this figure was recorded by the Korean Film Council, and it was really surprising due to the situation. #ALIVE is also the very first flick to be released since the COVID-29 outbreak hit South Korea. What’s more, the zombie film that stars Park Shin Hye is said to have made a record too - as the movie with the highest number of moviegoers on the first day.

Shin Hye’s gratitude to the fans

With the good turn out of their movie, both Park Shin Hye and Yoo Ah In thanked the moviegoers for their overwhelming support. The pair posted a picture of them on social media, and they expressed their gratitude to everyone through the note that they were holding. One message reads: “Thank you to the one million viewers who came to watch ‘#ALIVE.’”

“It’s recently been very difficult for people to go to movie theatres due to the pandemic,” Soompi quoted Yoo Ah In as saying in another interview. “The theatre lost its vitality and the Korean movie industry was stagnant, but more people came to see us than we expected. Thank you.”

Meanwhile, “#ALIVE” is Park Shin Hye’s second film to be released since last year and this is her first this year. It gained attention for its zombie theme that was already proven to always be a hit. The movie is a survival thriller where a mysterious disease outbreak turned people in the city into zombies and the actress and Ah In were one of the few survivors.