BTS V proved once again how powerful his social media influence is by selling out pajamas; Manufacturer donates to express gratitude 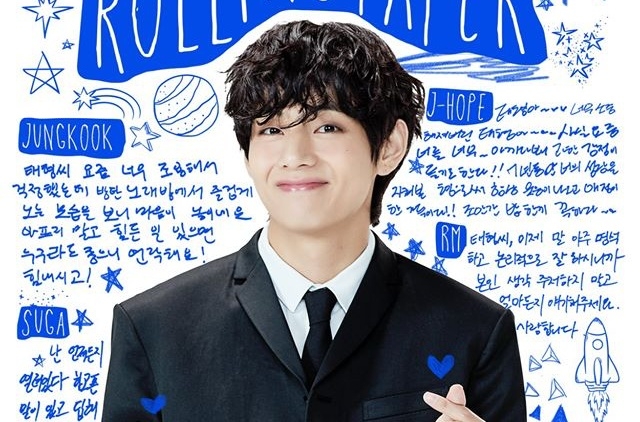 BTS V trended a few weeks ago after posting a photo of himself while staring at an artwork given to him by a fan. In the picture, the singer was wearing a printed pajama and a long-sleeved shirt.

BTS V captioned his Twitter update with “Army painted me,” and this has gained 2.5 likes and over 800 thousand retweets. The 24-year-old idol said that it is an artwork made by a member of the ARMY and was given to him. The fan painted Kim Taehyung as a Simpson, and apparently, he likes it that he hanged the artwork in his home.

Now, the picture of BTS V in his pajamas has trended, and most of the attention was revealed to be on what the singer was wearing because his PJs got sold out in a mere five minutes! The manufacturer of the garment was shocked by the sudden surge of sales and acknowledge that the popular member of BTS has a hand in making this happen.

With the increase in sales, Allkpop reported that the company wants to express its gratitude to BTS V. They thought that donating would be the best way to show how thankful they are to Kim Taehyung for helping them gain more profits.

It was said that from the money that they earned through the surge in sales, the company donated food and 300 pieces of pajamas to the Sangdong Community Welfare Center. Of course, they did not forget to thank the ARMY as they were the ones who purchased their items. It was a big help to them because the manufacturer also took a hit when the coronavirus outbreak shuts down most businesses.

Meanwhile, BTS V also trended recently for his graduation message to the graduates of 2020. The whole team took part in the “Dear Class of 2020” graduation event for the students. Since they can’t have normal graduation, influential personalities and celebrities sent their messages via video, and this was played around the world.

BTS V and the rest of the group recorded their speeches, and Star News reported that many were in awe when Taehyung suddenly included a sign language at the end of his speech. This was a small gesture, but he was praised for being considerate and appreciative of students who can’t hear.