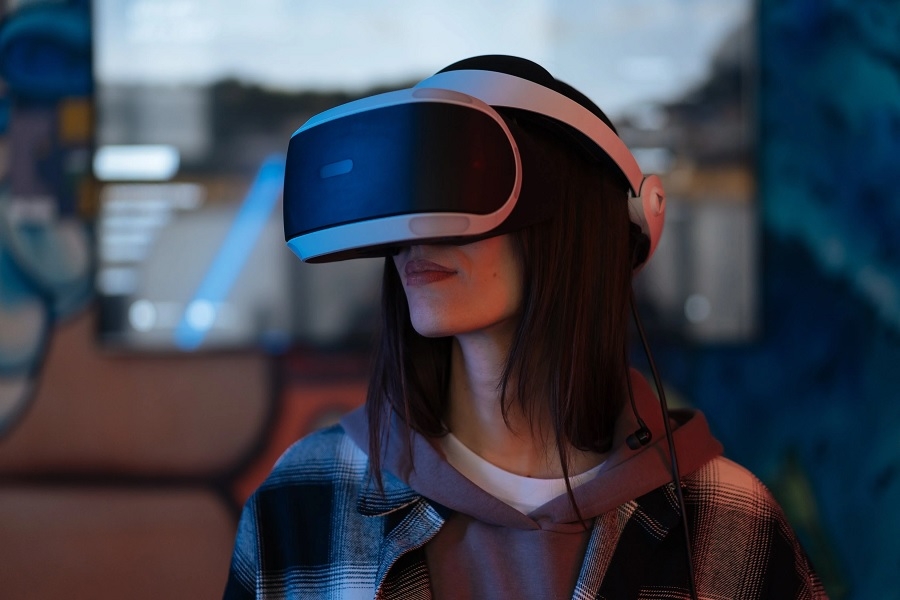 Sony’s presentation at the CES 2022 this week included an important announcement for video game fans. The company has officially announced its next-generation virtual reality gaming headset called PS VR2, which will be accompanied by a new first-party AAA game based on the popular “Horizon” series from Guerilla Games.

Much like PS5, the PS VR2 has the right technical specifications to be considered a next-gen gaming device. Sony confirmed that the VR headset has an OLED display. One of its most notable improvements is its 2000 x 2040 per eye resolution, compared to the first PS VR’s 960 x 1080 resolution.

The 90Hz and 120Hz variation in refresh rate will be retained, but the PS VR2 will have a slightly increased Field of View from 100 degrees to 110 degrees. The headset features a six-axis motion sensing system with a three-axis gyroscope and a three-axis accelerometer.

There were several reports last year that stated the PS VR2 would feature new eye movement sensors so the headset could support foveated rendering technology. This was confirmed in a PlayStation Blog post, where the company said the upcoming VR hardware will sport four cameras for the headset and controller and an IR camera per eye for tracking eye movements.

Haptic feedback was one of the biggest additions to the PS5 DualSense controller. It was rumored that PS VR2 would have the same feature in some form, which was another detail Sony confirmed this week.

“Headset feedback is a new sensory feature that amplifies the sensations of in-game actions from the player,” Sony Interactive Entertainment SVP of Platform Experience Hideaki Nishino said in the blog post. “It’s created by a single built-in motor with vibrations that add an intelligent tactile element, bringing players closer to the gameplay experience.”

As mentioned, SIE is also set to deliver a new AAA game titled “Horizon Call of the Mountain” designed for the PS VR2. It will be set in the same world as “Horizon Zero Dawn” and “Horizon Forbidden West,” which will launch on Friday, Feb. 18. Details about gameplay and plot are still under wraps, but Guerilla Games confirmed it will feature a new character, who will then meet familiar faces from the earlier games, including the main protagonist Aloy.

Sony did not reveal when PS VR2 will be released. But previous reports suggest it could launch in the holiday season of 2022.

Photo by Mikhail Nilov from Pexels