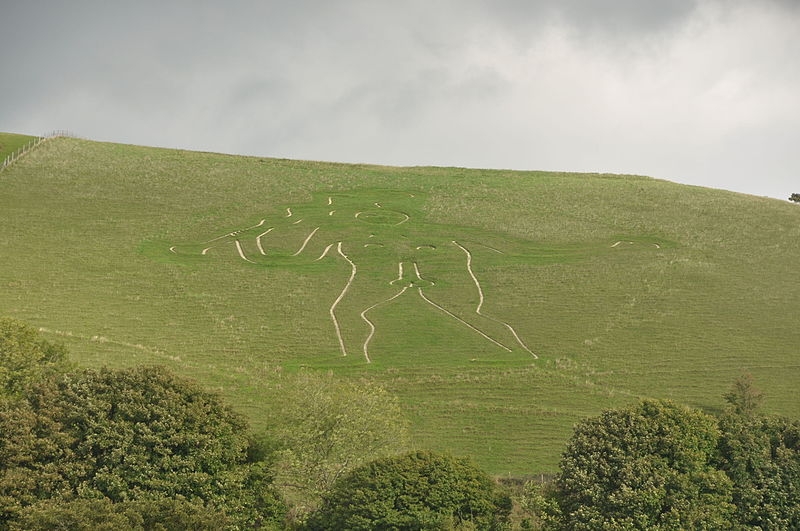 The Cerne Abbas Giant has been met with some debate regarding its history among archaeologists. Now, a new study suggests that the historic figure may not be as ancient as many may believe it to be.

Researchers, overseen by the National Trust, analyzed samples from the figure to look into its history as part of its 100 years of overseeing the famed site. According to folklore, the Cerne Abbas Giant is seen as a symbol of fertility, however, based on the investigation and analysis, it suggests that the figure may have been created in the 17th Century, during the Medieval period. The samples that were analyzed found microscopic land snail shells, which did not arrive in England until the 13th and 14th centuries.

However, it is also likely that the figure may have been formed or drawn during the 1600s. Environmental archaeologist Dr. Michael Allen revealed that the snail shells found in the soil samples were likely brought to the site by accident during the time it was found. “Sadly, this shows that the giant is unlikely to be prehistoric, or Roman - and more likely dates to the Medieval times or later,” said Dr. Allen.

Martin Papworth, the archaeologist from the National Trust, said that the ongoing tests and analysis of the samples would be able to give experts the exact date of when this figure was formed.

Some experts believe that the Cerne Abbas Giant is of Celtic origins because its figure is similar in style to the figure that was found on a skillet handle in Hod Hill that dates back to 10 to 51 AD.

Elsewhere, another discovery was also made, and this time it relates to the iconic Stonehenge. It is believed that the stone slabs were transported by raft from Wales to the Salisbury Plain. However, one particular stone slab, which is referred to as the Altar Stone, reveals that the slab likely came from the eastern part, near what is now known as Abergavenny. This means that the stones were likely transported to its current location on land instead of on the water.

It is also likely that the ones who transported the stones followed the historic A40 road.