Nancy Pelosi says SCOTUS Justice Clarence Thomas will decide to recuse or not from Jan. 6 cases 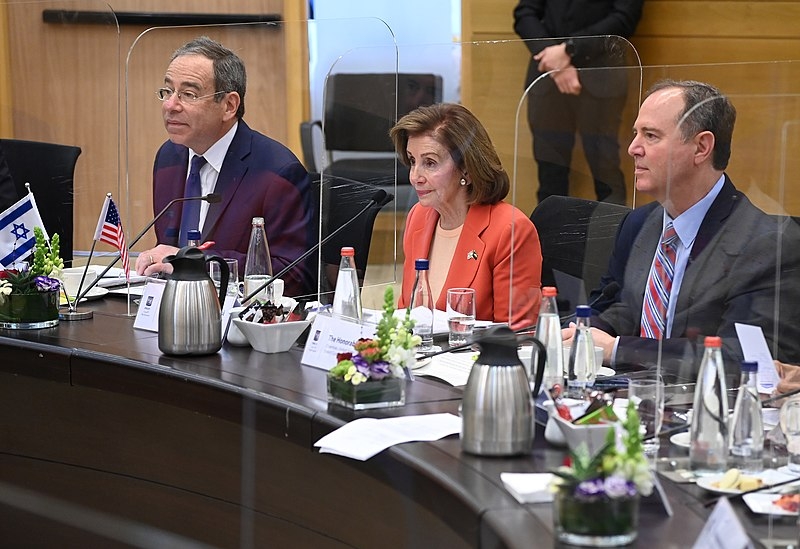 US House Speaker Nancy Pelosi also weighed in on the revelations regarding the wife of Supreme Court Justice Clarence Thomas and her involvement in the efforts to overturn the 2020 elections. Pelosi said that it is ultimately Thomas’s decision whether to recuse himself or not from cases related to the Jan. 6 insurrection at the Capitol.

Punchbowl News reported that Pelosi commented on the reports during a private meeting with the House Democratic Caucus Tuesday. The top House Democrat responded to Progressive Rep. Alexandria Ocasio-Cortez’s question on what can be done to hold Thomas accountable following the revelation of his wife Ginni Thomas having been involved in the efforts to overturn the 2020 elections to keep Donald Trump in power.

Pelosi said that it is ultimately up to Thomas on whether or not he should recuse himself from cases related to the Capitol insurrection.

“It is up to an individual justice to decide to recuse himself if his wife is participating in a coup,” said Pelosi, according to the outlet.

Rep. Pete Aguilar, who is serving on the congressional committee investigating the insurrection, initially responded to Ocasio-Cortez’s question before Pelosi made her comments. Pelosi said that Supreme Court Justices are mainly responsible for keeping themselves in check and are not subject to the same disclosure rules as members of Congress.

The top House Democrat’s response follows news that Democratic Senator Elizabeth Warren and House Progressive Caucus chair Rep. Pramila Jayapal along with 22 other congressional Democrats, wrote a letter to the Supreme Court, asking for Thomas to recuse himself from future Jan. 6 cases due to his wife’s involvement.

To note, Thomas is also the lone dissenting vote when the Supreme Court ruled to turn over documents Trump sought to block to the House committee.

With the midterm elections coming up this year, Pelosi expressed concern about the country’s democracy should the Republican Party regain the majority in the House following the November elections.

In an interview published Monday with Time magazine, the top House Democrat expressed the importance of keeping the majority, as the GOP has a big chance of retaking control of the House, only needing to flip five seats.

However, Pelosi, who is also running for re-election this year, said that she does not have any intention of the Democratic party losing Congress in November.