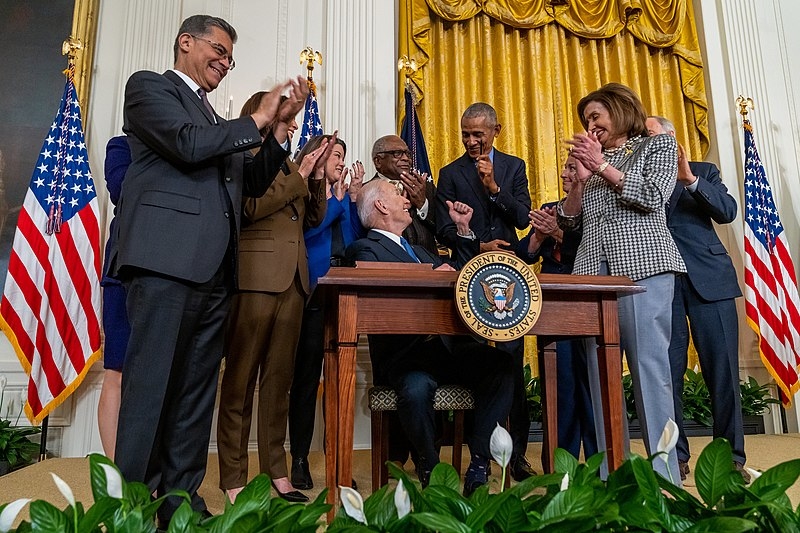 A new book by New York Times reporters Jonathan Martin and Alexander Burns revealed new details on the popular friendship between former President Barack Obama and his former vice president-turned-successor Joe Biden. The book claimed that, according to House Speaker Nancy Pelosi, Obama was jealous of his former colleague over the media’s portrayal of Biden’s administration.

Excerpts from the book obtained by Fox News revealed that the former Democratic president also confided in the top House Democrat. Pelosi, as Burns and Martin wrote, often spoke with Obama and eventually told a friend that she thinks the former president is jealous of the current US leader.

“She told a friend: Obama is jealous of Biden,” according to the book.

The book also goes on to claim that the conversations between Biden and Obama were “hardly the stuff of the tight brotherhood both men had sold to the country as a cheery political fable.” The book quoted what the current US leader thought “Barack is not happy with the coverage of this administration as more transformative than his.”

Biden was praised for assembling the most diverse presidential Cabinet in the country’s history, highlighting inclusivity in all ranks of his administration.

Obama and his aides also reportedly discouraged Biden from running for president in 2016, favoring his former Secretary of State, Hillary Clinton, who ultimately lost to Donald Trump, according to a report by Politico back in 2020.

Meanwhile, Biden told Obama that he intends to run for re-election in 2024, according to The Hill.

In other related news, Georgia Republican Rep. Marjorie Taylor Greene insisted under oath that she does not remember calling for the top House Democrat’s execution back in 2019. Greene’s claim was made during a hearing for a lawsuit filed against her by a group challenging her eligibility to run for office in the coming midterm races this year.

Lawyers for Free Speech for the People presented Greene with a printed article by CNN citing the Georgia Republican’s history of supporting political violence against Democrats. In a 2019 video posted on Facebook, Greene called Pelosi a “traitor to our country” and accused Pelosi of committing treason.