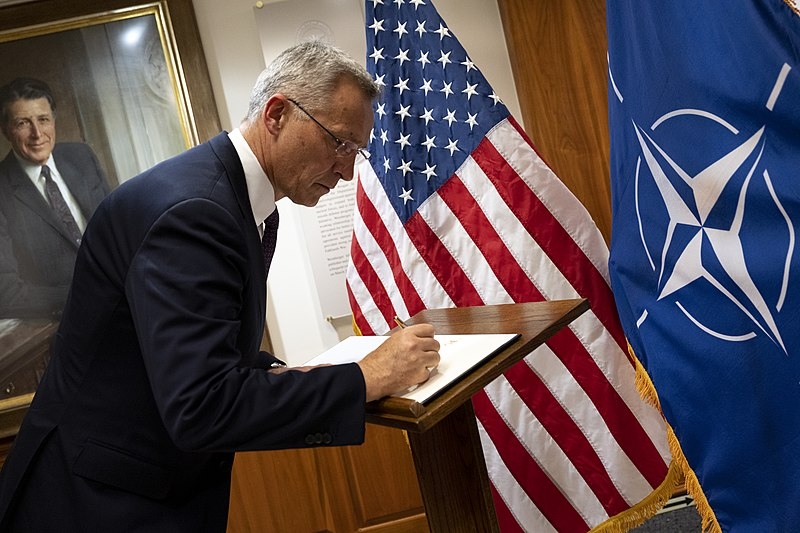 “It will not be easy but it can be done,” said Stoltenberg, adding that reducing emissions would not only help the environment but also help improve military vehicles.

“I believe that in the future, the most advanced military vehicles, and the most resilient armed forces, will be those that do not rely on fossil fuels,” said Stoltenberg.

The recent aim will align NATO with the Paris Climate Accords that were established in 2015. The Paris agreement aims to limit global warming to 1.5 degrees Celsius or 34.7 degrees Fahrenheit.

The alliance’s targets will refer to its own assets like the AWACS surveillance planes, drones that are based in Italy, its headquarters in Brussels, and military headquarters in places like Mons, Naples, and Brunssum. NATO is also looking to help its allies in reducing the carbon footprints of their national militaries.

To note, military emissions are often exempted from emission targets of countries.

The war in Ukraine has led countries such as Sweden and Finland to apply for NATO membership, which faced a challenge in the form of the veto by alliance member-state Turkey. This week, ahead of the summit in Madrid, Turkey has now lifted its veto on Sweden and Finland’s bids for membership, clearing the way for an expansion.

The decision came after four hours of negotiations before the summit began, with all three countries agreeing to protect each other’s security.

With Turkey lifting its veto, Sweden and Finland can proceed with their application to join the alliance, with the steps for the countries’ accession to NATO to be agreed on in the coming days.