In a survey of 469 app users, 30.2 percent said they preferred pool villas in Southeast Asia.

The Mustang is expected to keep its muscular charm while sporting a somewhat updated look. 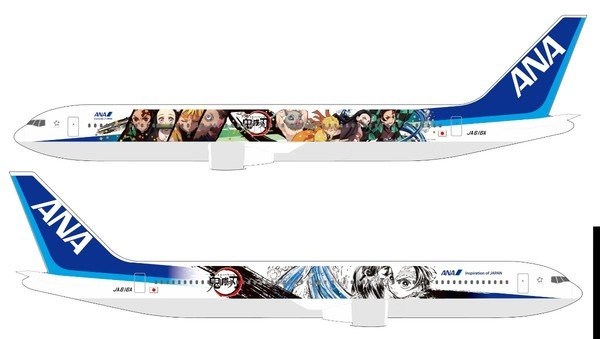 Demon Slayer characters, such as hero Tanjiro Kamado, will adorn a B-767, with a second aircraft flaunting a Demon Slayer theme set to fly sometime during fiscal 2021, which runs through March 2022.

Demon Slayer characters, such as hero Tanjiro Kamado, will adorn a B-767, with a second aircraft flaunting a Demon Slayer theme set to fly sometime during fiscal 2021, which runs through March 2022.

In early December, ANA will feature in-flight announcements with the voices of the anime characters.

The airline's yearlong campaign on all domestic flights that would provide children onboard with anime-inspired paper cups and toys begins Dec. 1.

Meanwhile, Demon Slayer episodes will be shown on both international and domestic flights.

Junko Yazawa, ANA's senior vice president of customer experience management and planning, said they are excited to team up with Demon Slayer in generating excitement and sharing Japanese culture with a wider audience.

The manga series, which consisted of 23 volumes, has sold over 150 million copies.