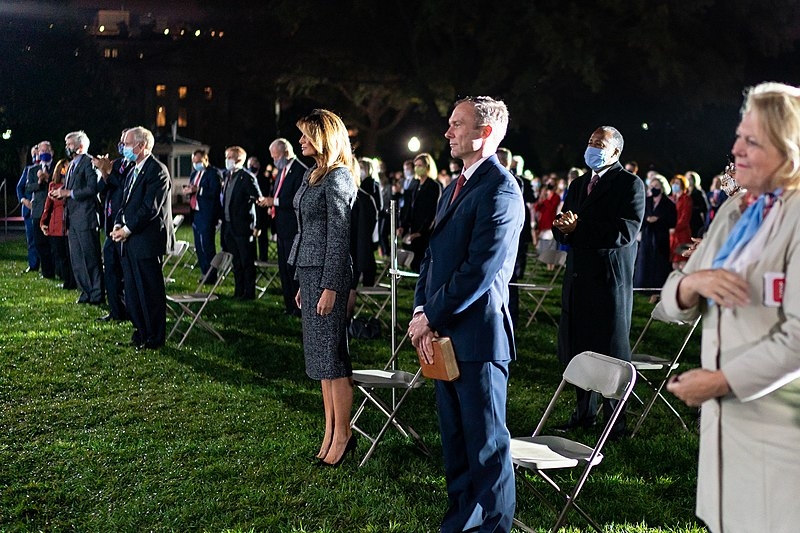 Melania Trump’s marriage to Donald Trump is often scrutinized and subject to speculation, as they have shown to be very different from the previous presidents and their spouses. Donald Trump’s former aide Omarosa Manigault Newman has revealed that the two do have an unusual marriage.

In an appearance in Lorraine, Omarosa shared that there are times when Melania could not stand to be around her husband and that they have a very strange marriage. Omarosa was a known figure in the Trumps’ inner circle after appearing on The Apprentice and has now become a staunch critic of the administration. She has also written a tell-all book titled, “Unhinged,” sharing her side of what she has seen in the Trump White House.

“I’m very cautious to comment on the dynamics of a marriage because you never know what goes on behind closed doors,” said Omarosa. “But I have known this couple since they were dating, they got married a year after The Apprentice aired. What I have observed in the last 17 years would make your head spin. Sometimes they like each other but sometimes she is repulsed by him.”

Omarosa then cited Melania’s actions toward her husband last week after alighting Air Force One from the second and final presidential debate as an example. Melania appeared to pull her hand away from Donald, which sparked speculation. While some speculated that there may be tension between the couple, others have dismissed it. This is not the first time where it appeared that Melania pulled her hand away from her husband’s or have shown to refuse to hold his hand.

Meanwhile, Melania has stepped into the campaign trail as her husband seeks reelection in November. The first lady held a solo campaign event with Trump supporters in Philadelphia, where she also talked about the family’s battle with the pandemic since testing positive for coronavirus several weeks ago.

Melania thanked the supporters who were present for their concern upon the announcement that they had tested positive for COVID-19. The first lady previously canceled a campaign event due to a lingering cough, making this the only other time she has stepped in to campaign for her husband.