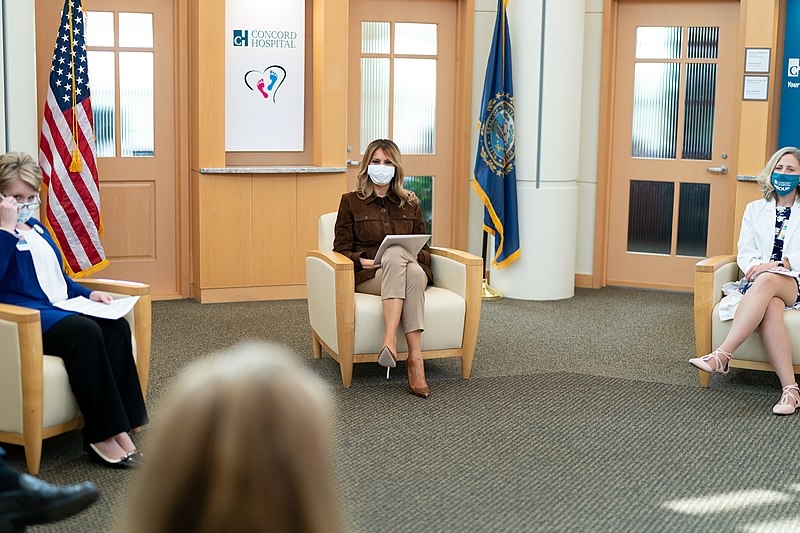 First lady Melania Trump is known for being a former fashion model, so it comes as no surprise that she would view the industry differently especially in publications like Vogue. Mrs. Trump’s former friend and aide Stephanie Winston Wolkoff released another recording of one of her conversations with the first lady, this time involving the choosing of Beyonce for its 2018 September issue.

Aside from the publication’s editor-in-chief Anna Wintour choosing Beyonce for the September 2018 cover at the time, the singer has also been given a chance to provide editorial input. This was the subject of the recording released by Wolkoff. Their conversation was about the departure of several top editors from the magazine, where Wolkoff worked in for 10 years.

The September 2018 issue of Vogue was historic as it was the first issue of the renowned fashion magazine to have its cover shot by a Black photographer. At the time, Beyonce said that she saw this as a way to give opportunities to Black artists such as Tyler Mitchell, who photographed the singer for the issue.

Vogue has also commented that the cover was “a collaborative effort” and that when the magazine suggested that Tyler Mitchell be the one to photograph her, Beyonce immediately said yes.

Meanwhile, Melania was originally supposed to join her husband Donald Trump in his campaign events this week but decided to withdraw at the last minute due to a lingering cough. It is unclear whether or not she will be present during the final presidential debate between Trump and Joe Biden. According to someone who knows the first lady, Melania is simply doing what she wants whenever she wants.

A former White House staff member said that Melania could also be a contrarian. This is despite first ladies being especially important in an incumbent president’s reelection campaign. Many first ladies have joined the campaign trail for their husbands, making the case for them by humanizing them among women voters.