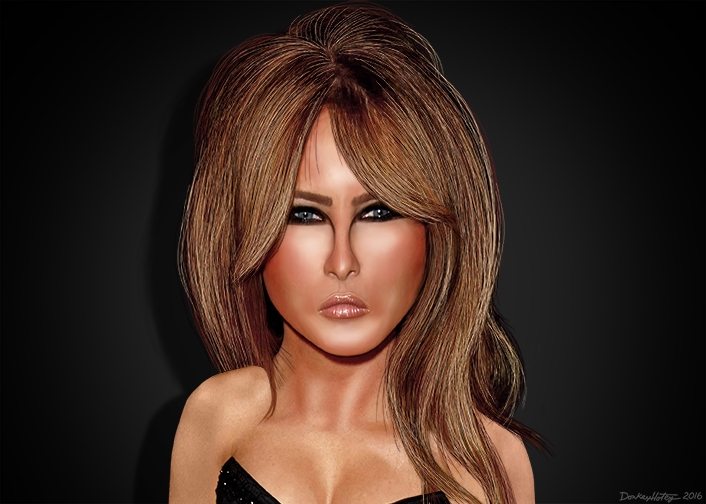 Melania Trump’s sister, Ines Knauss, and their parents reportedly received their American citizenship last year. However, not much is known about Ines other than the fact that she and Melania are very close.

According to the New York Post, Ines was the older sister that nobody knows because she has also kept a low profile ever since Donald Trump became president of the United States. What is only known is that she lived close to the first couple before they moved to the White House.

Town & Country also described Knauss as the secret sister because the FLOTUS didn’t talk about Ines that much. But in 2016, the first lady surprisingly referenced Ines during her speech at the Republican National Convention and said that she is an incredible woman and a friend.

According to Express, the Knauss family obtained their American citizenship last year and no one really knows how they managed to do so. In fact, after Melania obtained her citizenship by receiving an Einstein visa, she was also plagued with controversy because critics didn’t think that she deserved it.

In 2005, Palm Beach philanthropist Audrey Gruss described Melania and her sister as very close. She also said that Ines was a lovely person, and she’s also extremely creative.

During the POTUS and the FLOTUS’s wedding in the same year, CNN revealed that Ines served as her sister’s maid of honor. Paris-based photographer Ale de Basseville also described Ines as someone who was unlike any other.

“She really wanted to be in fashion but didn’t know how to break in. Ines wasn’t like the other girls you would meet there, who behave like queens. She was really polite and very mellow,” de Basseville said.

According to Political Flare journalist Nicole James, Melania’s sister has done a wonderful job with retaining a relatively large amount of privacy even though it’s quite difficult to be in the Trump family’s orbit.