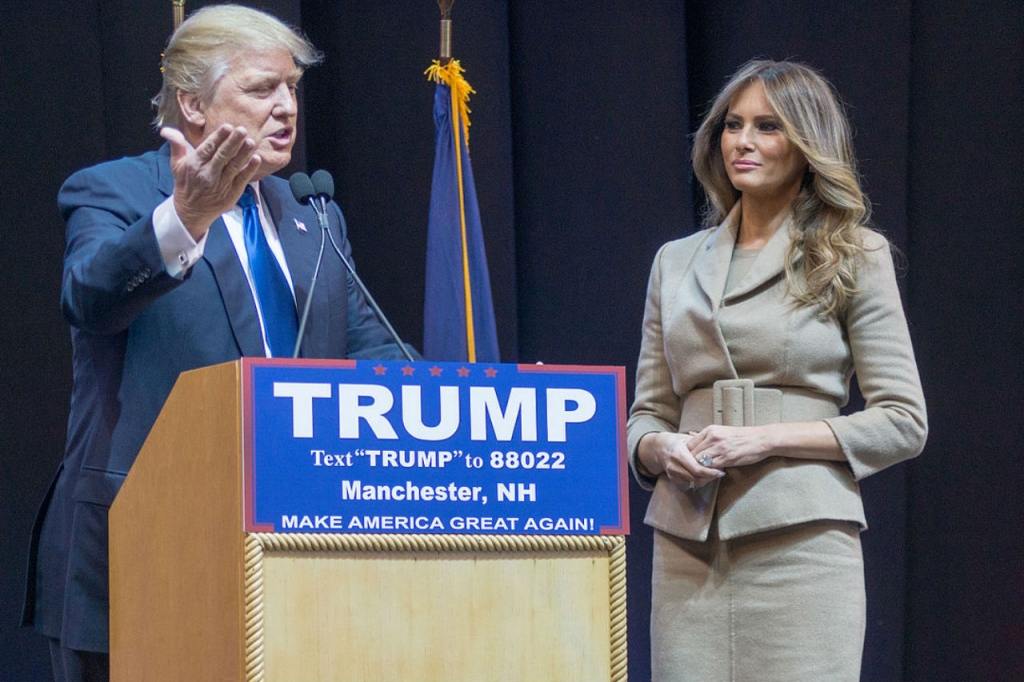 Donald Trump and Melania Trump were recently humiliated after they were photographed attempting to plant a tree in India.

In the clip, the FLOTUS is wearing sky-high heels while trying to use a shovel. The POTUS is standing close to his wife without a care in the world. Before leaving the tree-planting area, the POTUS first gave the crowds a smug look.

The first lady was criticized for wearing heels at a tree-planting ceremony. But this isn’t the first time that she did something like this. In fact, she once visited the victims of Hurricane Harvey in her heels, and she even struggled to walk on the ground because it was slippery.

On Twitter, some netizens couldn’t help but make fun of the first couple. Some of them teased the president for always holding on to his coat before doing anything. They also joked that Melania had a hard time planting trees because it wasn’t gold.

“He does that weird jacket adjustment all the time now. He looks down as if he’s making sure his jacket is closed to hide – what exactly?” Twitter user @SusanChapelle1 said.

“This is his fifth vacation this year already, he never worked a day last week and this week he is planting trees and hanging out with divisive thug all week!” Twitter user @mccarron_mike said.

“There they go killing a perfectly good tree. Like the one at the White House. Dead after planting,” Twitter user @ps9714 said.

“The words that come to mind… Lumbering oaf. And why is she wearing five-inch heels to lift a shovel of dirt? She’s lucky the weight didn’t pull her off-balance, although it would’ve made a good comedy,” Twitter user @kelleyann009 said.

“And of course, Melania showed up in her five-inch heel construction boots with steel toes and a steel shank, right?” Twitter user @canadianfitgolf said.

“She’s got those Barbie doll feet and shoes – all plastic, of course! Two complete weaklings! Imagine if he had gone to war?” Twitter user @maggiecap3 said.