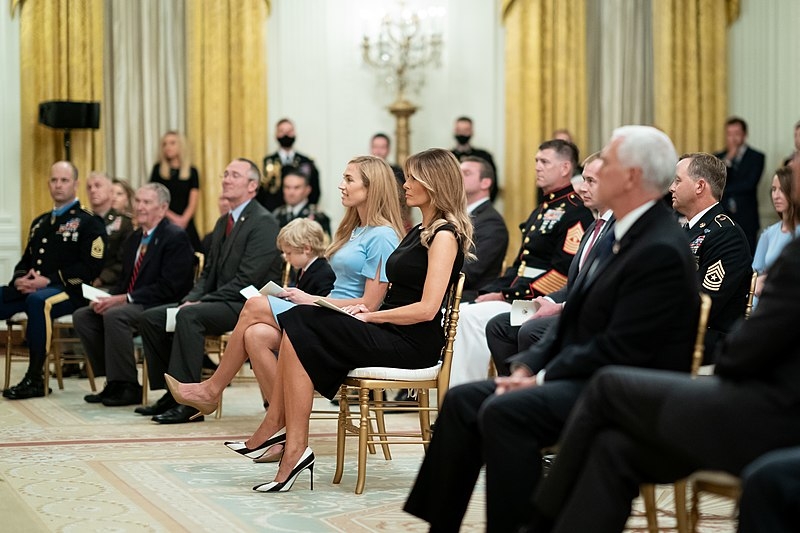 First lady Melania Trump is seen as one of the more private first ladies compared to her predecessors. But over the past several months, since the pandemic forced the country into a lockdown, Melania has made efforts to become more visible to the public. However, it remains to be seen whether Melania is doing a good job as the first lady, at least according to Ivana Trump.

Ivana Trump appeared on the British talk show Loose Women this week. Ivana, who is Donald Trump’s first wife from 1977 to 1992, was asked about whether or not she thinks Melania is doing very well in her duties as the first lady, especially as Melania is receiving a lot of good publicity from the media.

“I am not sure. She’s very quiet, and she really doesn’t go to many places. She goes to stuff when she has to go,” said Ivana, about her ex-husband’s third and current spouse. “But she’s quiet.”

When asked whether she has a good relationship with Melania, Ivana responded that she only talks to Donald directly and chooses not to get involved in his private life. Ivana has previously made similar comments about her involvement in her ex-husband’s life. In a 2017 interview, Ivana revealed that she did not want to call Donald at the White House, knowing that Melania is also there.

“And I don’t want to cause any kind of jealousy or something like that because I’m basically first Trump wife,” said Ivana at the time.

Meanwhile, Melania’s former friend and adviser Stephanie Winston Wolkoff released a book detailing her friendship with the first lady and how their friendship soured especially after the incident at the inauguration. Although her story has often been dismissed by the White House and Melania’s aides, Wolkoff continues to reveal her side of the story in her appearances to promote the book.

Wolkoff revealed to People that she may release the audio recordings if her credibility is once again being questioned. She also continues to defend the claims made in her book.