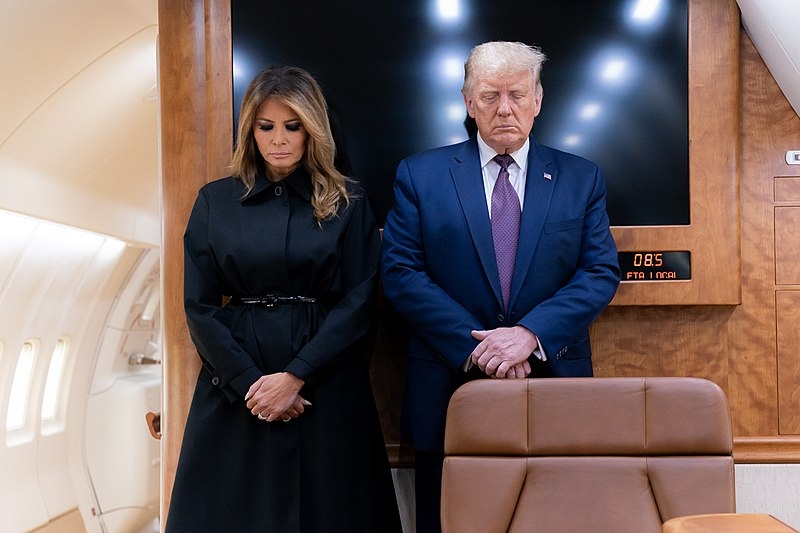 First lady Melania Trump is known for being one of the more lowkey first ladies in recent years, preferring to stay out of the public eye most of the time to focus on parenting her son, Barron Trump. Her marriage to her husband, Donald Trump has also been a topic of speculation as to what may really go on behind closed doors. Her former aide and friend Stephanie Winston Wolkoff, claims that their marriage was purely “transactional.”

Because Melania chooses to be more lowkey rather than be constantly in the public eye, not much else is known about the first lady. Compared to her predecessors, the Trumps are not known for being an affectionate couple as well. Speaking to BBC Newsnight, Wolkoff, who wrote a tell-all memoir about her friendship with Melania, revealed that Melania’s marriage to Donald would be described as making a deal.

“I do believe it’s a transactional marriage. Donald got arm candy, the Vogue cover legitimized Melania which legitimized Donald as well and Melania got two dynamic decades,” explained Wolkoff. “She was a young striving model, she didn’t have the success yet, she met Donald, she married, she had a son, she became an American citizen and then 10 years after that she’s the First Lady of the United States.”

However, Wolkoff also noted that sparks still flew between the couple, but then said it was also a moment “made for TV.”

The White House has since released a statement dismissing all the claims made in Wolkoff’s book.

Melania has recently come under fire for one of her latest social media updates. This time, it was her message celebrating the induction of the “Rosies” - women who supported the United States during World War II.

Many users were mostly supportive of the first lady’s message in celebrating the group of women who participated in various industrial fields during the war. However, many also condemned Melania noting the current strain in the relations between her husband and the military. Others have also gone to compare Melania to her predecessor Michelle Obama, saying that Michelle was a better first lady. Some have also noted that regardless of political party, first ladies are usually respected.