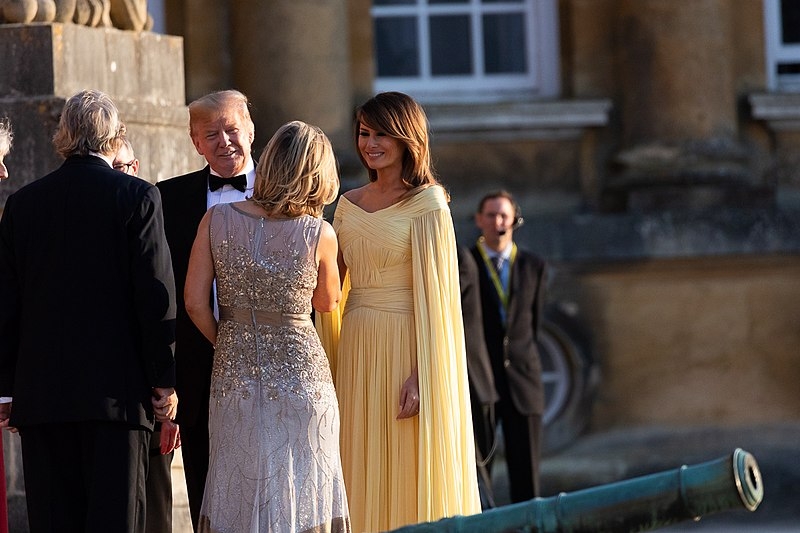 Recently, Donald Trump attended the World Economic Forum in Davos, Switzerland. Although First Ladies are usually seen accompanying their husbands to events, even events such as this one, many might have noticed that the First Lady was not present. Express reports that Melania’s non-attendance at the forum may have been her trying to send a subliminal message to her husband.

This is not the first time Melania was not present at events that Donald was to attend. A previous engagement in 2018 that also took place in Davos did not see the First Lady with her husband as well, having supposedly abruptly canceling due to logistical and scheduling conflicts. This was during the time Donald was faced with allegations that he had an affair with adult film star Stormy Daniels and that he paid her hush money to keep their encounter a secret. The meeting at Davos also occurred on their 13th wedding anniversary at the time.

Now it seems that it has happened again, with Melania not present with Donald as he attended the 2020 forum and the couple having to spend their 15th wedding anniversary apart. The state of their marriage has been brought into question several times, and many netizens have spotted that the First Lady’s posts on social media seem to not include her husband, the anniversary of Donald’s inauguration recently was a prime example. Melania did not even mention Donald on her caption commemorating the event, adding up to the speculations.

Whatever message Melania is trying to send, especially to her husband remains to be seen or at least confirmed.

But this is not the only method of subliminal messaging that Melania uses. She also sends a message through the clothes she wears, with the “I really don’t care, do you?” jacket being a famous example. It makes sense that Melania would use clothes as a way to make a statement given her experience in fashion, and according to expert and CNN reporter Kate Bennett, her outfits during public events could hint at the guests that would be coming to visit, or indicating that she may not be currently seeing eye-to-eye with her husband.