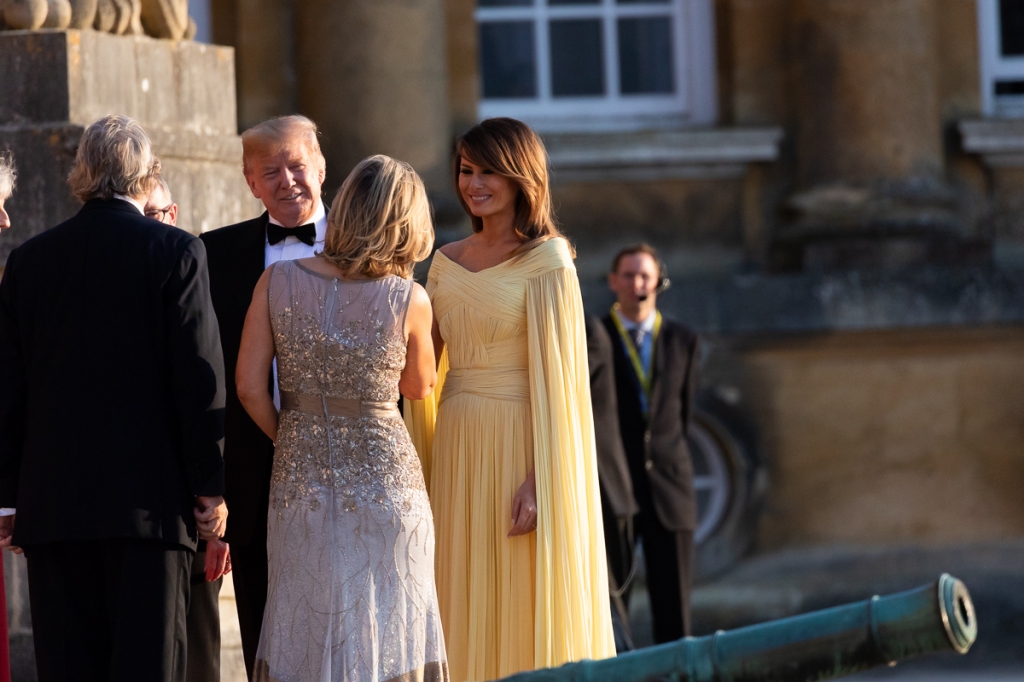 Melania Trump and Donald Trump’s dark and questionable pasts were revisited after the FLOTUS shared a series of photos to celebrate Mahatma Gandhi's life and legacy.

“It was an honor to lay a wreath at the beautiful Raj Ghat Memorial and plant a tree to remember the life and legacy of Mahatma Gandhi,” the first lady captioned the snaps.

“He threw up in his grave when you did that,” Twitter user @SnowballMonkee said.

“You can print all the pretty pics you want… it does not take away this family are grifters…” Twitter user @Polish333 said.

“Honey, you have no honor,” Twitter user @MaryBada1 said.

“Your lives and values are an insult to Gandhi’s memory,” Twitter user @MJGBoston said.

At least one Twitter user uploaded one of the POTUS’s most disgusting statements about flirting with women.

“I did try and [expletive] her. She was married. I moved on her like a [expletive] but I couldn’t get there. And she was married. Then all of a sudden I see her, she’s now got the big phony [expletive] and everything. She’s totally changed her look. I’ve got to use some Tic Tacs, just in case I start kissing her. You know I’m automatically attracted to beautiful. I just start kissing them. It’s like a magnet. Just kiss. I don’t even wait. And when you’re a star they let you do it. You can do anything. Grab them by the [expletive]. You can do anything,” Trump was once quoted as saying.