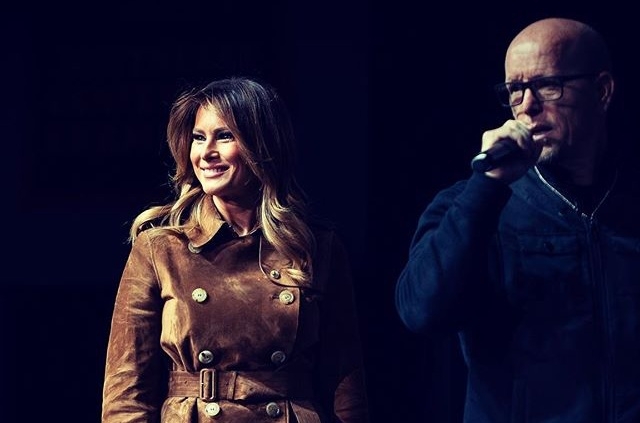 One of Melania Trump’s intimate secret has been divulged after the unauthorized biography book titled “Free, Melania” by Kate Bernett included personal details about the FLOTUS. The author, who is also a CNN journalist, shared the First Lady’s favorite part of her husband, Donald Trump’s body.

As posted on Amazon, the book’s synopsis reads: “In Free, Melania we get an insider's look at Melania Trump, from her childhood in Slovenia to her days in the White House, and everything in between. We see the Trump family dynamics that Melania has had to navigate, including her strained relationship with Ivanka.”

As the plot summary suggests that the book will offer glimpses of Melania Trump’s personal life, her relationship with Donald Trump is also included in the narration. In one part, Bennet highlighted what part the FLOTUS likes in her husband’s body, and it is not what everyone might think.

It was added that Melania Trump also called her husband as the “sexiest man in the world” and constantly described him as “handsome,” which clearly indicates that she is smitten with her husband. The two have been together for 15 years now and going 16, but she still appears to be so in love with him.

She is Donald’s longest partner after Ivana Trump, who the POTUS divorced after 15 years. Moreover, despite their 24-year age gap and multiple divorce rumors, Melania and Donald Trump, apparently, were able to have a lasting relationship.

Meanwhile, Melania Trump has been lambasted again on social media after she gave an update about the renovations in the White House that she spearheaded. While she tried to highlight the “excellence of the nation’s craftsmen and a source of pride for its citizens” through the ongoing renovation works, many citizens think that it is just a waste of money that could have been utilized for other more important things.

“Are you serious?” one citizen commented. “Your husband has been impeached and we are on the verge of war with Iran & you are tweeting about a renovation in the WH. WOW! So sad!”

Lastly, another one complained that Melania Trump is using the taxpayers’ money for those renovations, yet she can’t even afford to replace her carpets. She said that she pays her taxes and suggests she is so disappointed that her money is going to million-dollar White House room renovations that rarely or never even used.