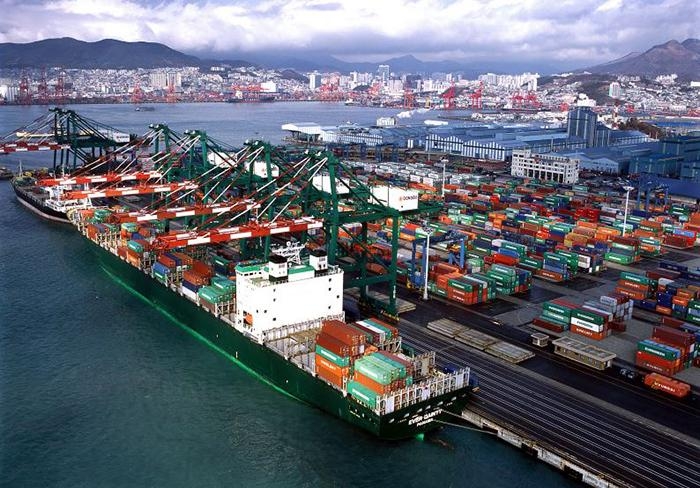 South Korea's seaports handled 744.21 million tons of cargo handle in the first half, down 7.8 percent from last year, as a global trade decline more than offset increased trade with Southeast Asian nations and China.

The Ministry of Oceans and Fisheries reported that leading the overall decline was the export-import cargo, which shrank 9.9 percent on-year to 634.03 million tons in the first half.

Export-import freight processed was at 8.06 million TEUs, plummeting by 3.7 percent from last year.

Transshipment cargo didn't do as bad, going down by 0.6 percent from last year to 6.09 million TEUs.

Meanwhile, non-containerized cargo handled at the ports plunged 4.9 percent on-year to 500.3 million tons in the first half.

Incheon came in at second with 1.54 million TEUs.

A ministry official forecasted that the country's ports would likely continue to face a difficult situation due to the novel coronavirus outbreak down the road.