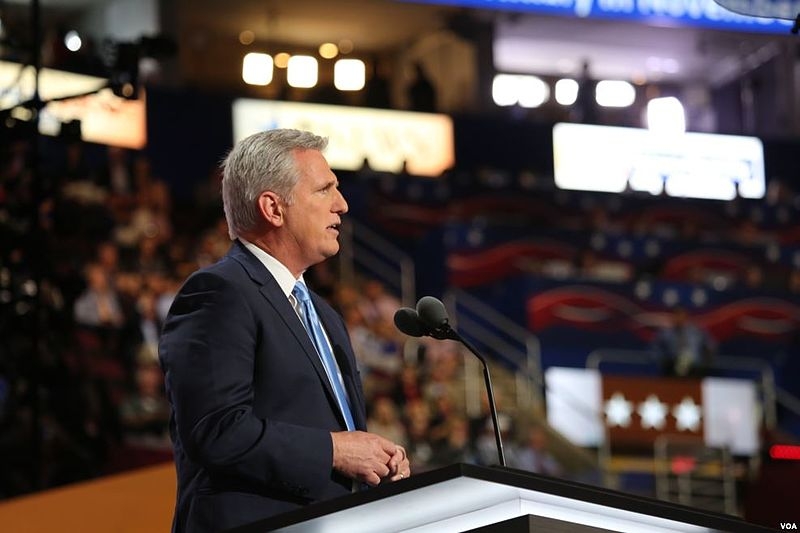 In light of recent allegations made against social media platform Facebook, lawmakers like House Minority Leader Kevin McCarthy seem to turn their attention to major search platform Google. This week, McCarthy accused the search engine of trying to “control” thoughts.

Speaking with Fox News host Maria Bartiromo during the weekend, McCarthy suggested that Google was using mind control on lawmakers like himself. McCarthy made the claim when Bartiromo accused Google of plotting with the Biden administration. The accusations come as Forbes reported last week that the Justice Department asked Google to provide data on anyone who has searched the name or address of a sexual assault victim.

The report also did not find any proof that Google was using mind control to influence users.

“We know how Google tries to control our thoughts,” said the House Minority Leader, agreeing with Bartiromo’s accusation. “And what we can read on the basis that 90 percent of any search inside the internet goes through Google. But now, the Biden administration’s government is asking Google to tell them whoever searches certain phrases.”

“I just read about this, this week,” McCarthy continued, without referring to any specific report. “This is a real concern.”

McCarthy has also drawn the ire of many for attacking the House Committee’s probe into the Capitol insurrection. McCarthy dismissed the panel as partisan yet failed to acknowledge that two Republican lawmakers are members of the committee. Among those who McCarthy appears to have drawn the ire of is MSNBC “Morning Joe” host Joe Scarborough. Scarborough said McCarthy should be “arrested for stupidity” for railing against the House’s investigation into the insurrection.

Scarborough cited McCarthy’s claims that the House Committee does not have the authority to ask for his records related to the January 6 insurrection. This is despite a known fact that McCarthy spoke with Trump as the insurrection was taking place, asking the twice-impeached former president to condemn the violence that occurred.

“It’s a good thing you can’t get arrested in Washington DC for stupidity,” said Scarborough. “He and quite a few others would be dragged to the jailhouse this morning.”