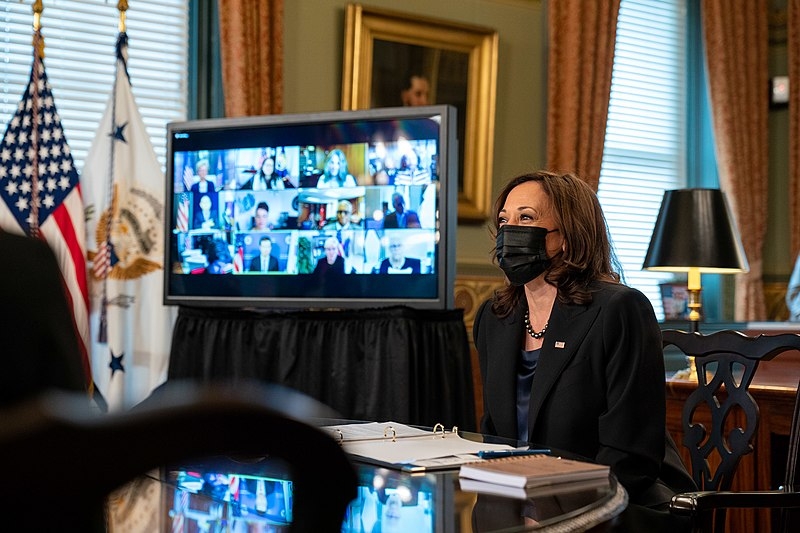 US Vice President Kamala Harris’s office is seeing more staff departures amidst reports of internal conflicts among the staff. This week, two more staffers have announced their exit from Harris’s office.

Two of Harris’s staffers, Peter Velz and Vincent Evans, announced their departures from Harris’s office this week. Velz, who is Harris’s director of press operations, announced his departure from the White House on social media. Velz said he was leaving Harris’s team to work for the protocol team at the State Department.

“Today is my last day at the White House, and it truly has been an honor. I will forever be grateful to Vice President Harris, the incredible Team @VP, and I’m so proud of our work this past year supporting this historic Administration,” tweeted Velz. “The White House is an amazing place to work – you’re surrounded by the most selfless, smart, hard-working people every day doing their best to serve the American people. And it has been an absolute joy.”

Evans, who is Harris’s deputy director of public engagement and intergovernmental affairs, also announced that he would be joining the Congressional Black Caucus as executive director.

“I am deeply honored to be named the Executive Director of the Congressional Black Caucus. As we write the next chapter of the CBC story, I am excited for the opportunity to lend my experience and passion for supporting the collective vision of this storied Caucus onward,” Evans tweeted.

Evans and Velz’s departures are the latest in the staff departures coming from Harris’s office. Harris’s chief spokesperson and adviser Symone Sanders and communications director Ashley Etienne stepped down from their posts in 2021.

In other related news, Harris was revealed to be inside the Democratic National Committee Headquarters when a pipe bomb was discovered outside the building on January 6. Harris, who was vice president-elect at the time, was evacuated from the building minutes after the Capitol Police investigated the bomb. Another pipe bomb was also discovered outside the Republican National Committee Headquarters an hour earlier.

As Harris was being evacuated from the building on January 6, the mob of supporters of former President Donald Trump was clashing with law enforcement at the Capitol as the mob attempted to derail Congress’ certification of Joe Biden and Harris’s victory.