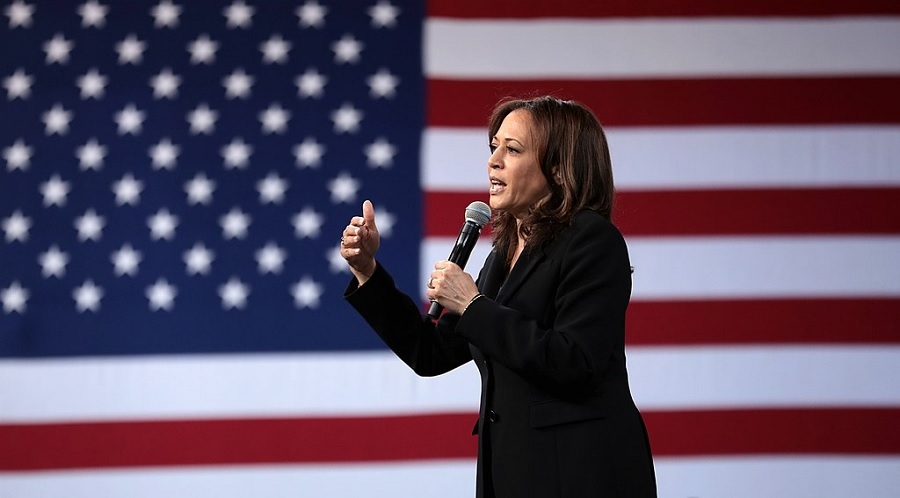 United States Vice President-elect Kamala Harris briefly returns on the campaign trail over the weekend to encourage Georgia voters to participate in a crucial runoff election that could decide which party will take control of the Senate. While on the topic of elections, Harris also joined the list of political figures who weighed in on a leaked phone call between President Donald Trump and Georgia state officials.

Harris did not mince words in addressing Trump’s phone call. While speaking at a campaign rally in Savannah, Georgia on Sunday, the first female elected as US vice president said, “It was certainly the voice of desperation, most certainly that. And it was a bald, bald-faced, bold abuse of power by the president of the United States.”

The Washington Post obtained an audio copy of the reported conversation between Trump and Georgia secretary of state Brad Raffensperger that lasted for about an hour. “I just want to find 11,780 votes, which is one more than we have because we won the state,” Trump said at one point in the call.

Raffensperger, a Republican, was one of the state officials that supervised three recounts of the state’s legally cast ballots from the November elections. In December, the third certified recount confirmed President-elect Joe Biden’s win by a slim margin of 0.5% or more than 12,000 votes than Trump garnered. Biden is the first Democrat to win in the state over the last 28 years.

Harris and Biden have both attended campaign rallies in Georgia in the past few days to help boost the chances of Democratic candidates Jon Ossoff and Rev. Raphael Warnock in the runoff elections on Tuesday. Addressing a crowd in Atlanta on Monday, Biden said bringing Ossoff and Warnock to the Senate would mean there is a better chance for Americans to receive stimulus checks worth $2,000 to help people left struggling by the health and economic effects of the COVID-19 pandemic.

Inauguration Day this year will look very different still due to the COVID-19 pandemic. There are no plans to accommodate the usual large gatherings in Washington, D.C., but AP reported that Biden and Harris will still be attending swearing-in ceremonies. They are expected to be joined by their spouses Jill Biden and Doug Emhoff.

We look forward to the time-honored military tradition of the Pass In Review that reflects the peaceful transfer of power to a new Commander-in-Chief.

Following the swearing-in ceremony, @JoeBiden and @KamalaHarris will review the readiness of the military on the East front. pic.twitter.com/O9n2cNlCjC

Biden’s inaugural committee also announced that the Pass In Review is still planned and will happen on the east front of the U.S. Capitol building after they are sworn in. This is one of the most important segments of the Inauguration Day, where the different branches of the military recognize there is a new Commander-in-Chief.