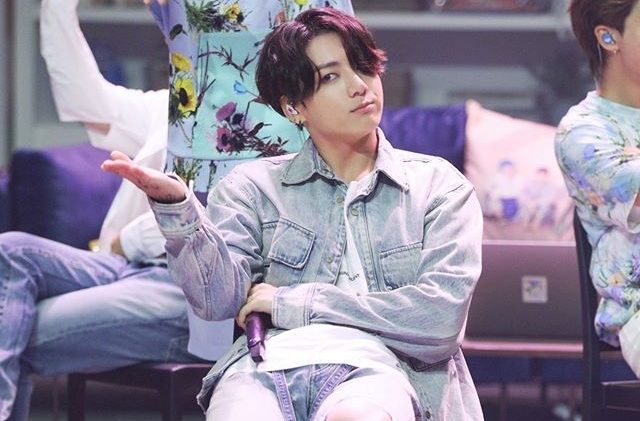 Jungkook reigns on social media this week after BTS released “Your Eyes Tell” on July 13. It is the 12th track in the group’s fourth Japanese studio album titled “Map of the Soul: 7 - The Journey.”

It is a BTS song that will also be used as the OST for the Japanese movie of the same title. Jungkook is trending for it because he composed the song, and fans saw his romantic side one more. They also noted how well-written the song piece is and described it as a “masterpiece.”

Allkpop reported that Jungkook became the most trending South Korean celebrity in Japan as his name appears on the top spot in the country’s Yahoo! Trends and Twipple. He also dominated worldwide Twitter trends as more people want to know more about the composer behind “Your Eyes Tell.”

Now the ARMYs want the 22-year-old idol singer to release his own mixtape, and perhaps, his own solo album, and they want it soon. “Jungkook is currently the second most tweeted celebrity in Japan,” his fan club called the Jungkook Times tweeted on July 13. “His performance of ‘Your Eyes Tell’ has mesmerized the whole Japan.”

At any rate, as the official brand ambassadors of the sportswear brand FILA, Jungkook, and the rest of the BTS members that include RM, Jimin, V, J-Hope, Jin, and Suga recently launched the Voyager Collection. It is a special edition capsule that will be represented by BTS.

The capsule was initially introduced to South Korea earlier this year, and the collection includes apparel and accessories featuring galaxy-inspired designs like the constellations and stars. And since purple is BTS’ official color, most of the item selections are in this color, and some are complemented with black and white hues too.

Finally, as per Teen Vogue, the BTS Voyager Collection is exclusively available in select Urban Outfitters stores. Prices for the items range from $32 to $70 and everyone can choose hoodies, graphic tees, hats and backpacks under the BTS x FILA capsule.