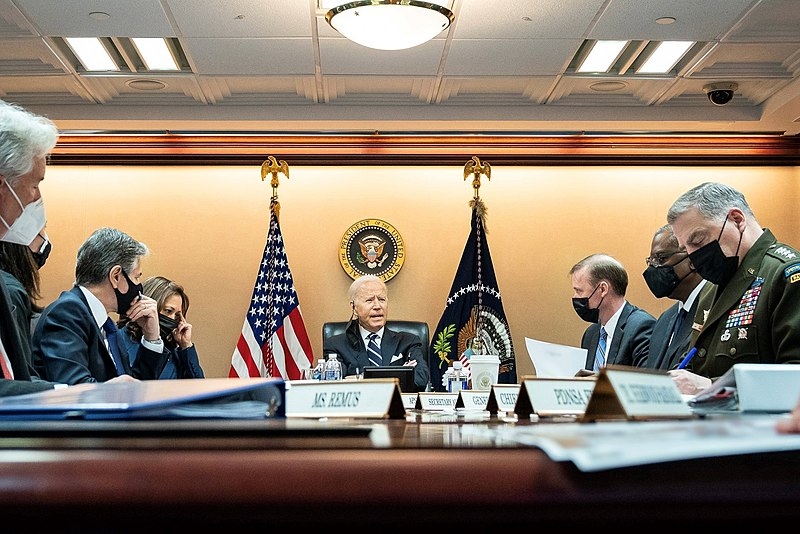 More stories have surfaced revealing what had occurred within the Trump administration in its final weeks, with some debate regarding the actions of top general Mark Milley. In the midst of calls by Republicans to fire Milley over the recent revelations, US President Joe Biden threw his support towards the general.

Biden rejected calls by Republicans to fire Milley Wednesday, following revelations in the new book by Bob Woodward and Robert Costa, “Peril,” regarding the actions taken by Milley in the final months of the Trump presidency. In the book, Milley reportedly made secret phone calls to his Chinese counterpart to make some reassurance following disgraced now-former President Donald Trump’s election loss to Biden in 2020.

“I have great confidence in General Milley,” said Biden.

Republicans accused Milley of undermining civilian control of the military in his phone calls to his Chinese counterpart in October and in January. The calls also came as Milley had concerns over the twice-impeached former president’s mental state in his final weeks, fearing that Trump may decide to start a war with countries such as China and Iran in an act of lashing out and in an attempt to stay in power.

Milley has insisted that the calls to his Chinese counterpart were one of his duties. “His calls with the Chinese and others in October and January were in keeping with his duties and responsibilities conveying reassurance in order to maintain strategic stability,” said Milley’s spokesman Dave Butler.

In the book, two days after the Capitol insurrection, Milley told his staff that if somehow Trump had gone “rogue” and ordered a nuclear strike, he would have to confirm it before carrying it out. Butler said that it was also a normal procedure.

In other news, right-wing conspiracy theorists and news outlets like Fox News, have been peddling a conspiracy theory that there is someone in the White House who would cut off the US leader’s microphone. This theory was often brought up by Republican Senator James Risch, during a Senate hearing with Secretary of State Antony Blinken regarding the Afghanistan withdrawal.

Risch questioned Blinken regarding who would have the authority to cut off Biden’s speaking ability and sound in appearances. In the televised hearing, Blinken could be seen holding back laughter at the theory.

“Anyone who knows the president, including members of the committee knows that he speaks very clearly and very deliberately for himself,” said Blinken. “No one else does.”