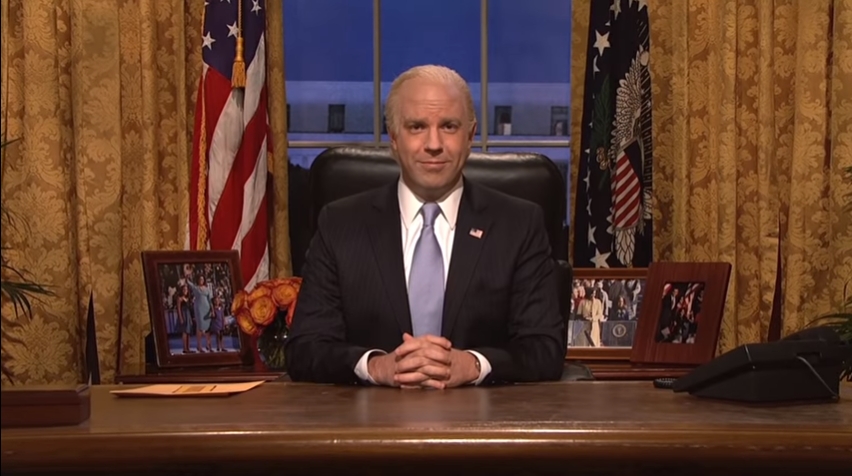 The comedy sketch show Saturday Night Live has often mocked presidential elections over the years, with cold opens featuring current and former presidents and other political figures. With the new season set to premiere in October, Jim Carrey is revealed to be portraying former vice president and Democratic nominee Joe Biden.

NBC announced that Carrey will be playing Biden in the coming season of SNL, which will be returning in time to comically mock the 2020 Elections. Carrey’s casting for the portrayal comes as a surprise as former cast member Jason Sudeikis has often portrayed Biden in the past, as did Woody Harrelson and John Mulaney. But it is not unusual for the show to bring other stars in to portray other political or public figures over the years. Alec Baldwin has often appeared on the show to famously portray Donald Trump, while Brad Pitt played Dr. Anthony Fauci, Melissa McCarthy played Sean Spicer, Larry David as Bernie Sanders, and Robert de Niro as Robert Mueller.

With Carrey playing Biden, SNL’s boss Lorne Michaels revealed in an interview with Vulture that Baldwin will be reprising his portrayal of Trump, and former cast member Maya Rudolph will be returning to play Biden’s running mate Kamala Harris. “You’ll see the same people. I mean, Maya Rudolph is coming back, and Alec will be back and Jim Carrey is going to do Biden,” said Michaels.

Season 46 of Saturday Night Live will be premiering on October 3, with a limited in-studio audience.

Meanwhile, Biden has already revealed his stance on trade relations between the United States and the United Kingdom. Echoing lawmakers in Congress, Biden warned the UK’s prime minister Boris Johnson to honor the Good Friday Agreement following Britain’s exit from the European Union.

Quote-retweeting a post from the House Foreign Affairs Committee, Biden wrote on Twitter, “We can’t allow the Good Friday Agreement that brought peace to Northern Ireland to become a casualty of Brexit. Any trade deal between the US and UK must be contingent upon respect for the Agreement and preventing the return of a hard border. Period.”

The House Foreign Affairs Committee penned an open letter to Johnson, stating that the US Congress will not support a free trade agreement with the UK should Britain fail to honor the Good Friday Agreement.