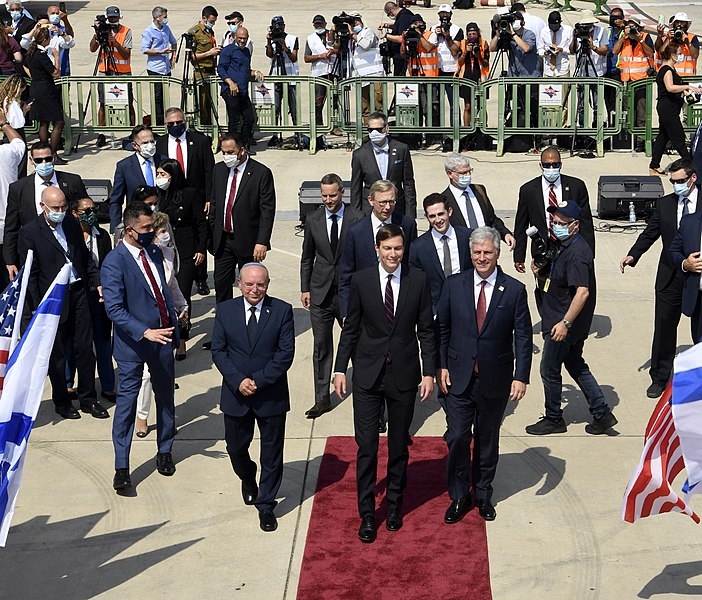 Former White House adviser Jared Kushner has largely been away from the political scene following former President Donald Trump’s exit from the White House in January. A new report suggests that Mr. Kushner has told the aides of the former president that he wants a “simpler relationship” with his father-in-law.

Throughout the Trump presidency, Mr. Kushner, who is married to Trump’s daughter Ivanka Trump, served as his White House adviser, handled many legislative and political initiatives most notably in the Middle East. The report from the New York Times suggests that Mr. Kushner only wants to focus on writing his book and having a simpler relationship with his father-in-law. Ms. Trump has also mostly left the political scene to focus on family, leaving Donald Trump Jr. as the most politically active Trump child.

This follows previous reports in March that Mr. Kushner has “tapped out” from the political scene just as the former president was beginning to make public appearances such as this year’s Conservative Political Action Conference. Other current and former Trump campaign managers Bill Stepien and Brad Parscale still maintain ties with Trump.

This also follows previous reports of Ms. Trump and Mr. Kushner relocating to Florida and renting a condo in Miami beach. They would be renting the condo after purchasing a $32 million plot of land in the exclusive Florida neighborhood of Indian Creek, a private island found in Miami-Dade County.

Even after Trump has left office, he still maintains the privileges afforded by his predecessors, which he has also extended to the rest of his family through a directive he made. This is notably the Secret Service protections, that the Trump family would receive for six months since leaving. An analysis by ethics watchdog Citizens for Responsibility and Ethics in Washington revealed that the Trumps cost taxpayers $140,000 in Secret Service detail.

This excludes the costs of security in the Trump properties in New Jersey, Palm Beach, and Briarcliff, New York. The costs would be much higher if this was included.

In the case of Mr. Kushner and Ms. Trump, went on a luxurious vacation in Utah after their departure from the White House. The Secret Service detail cost $62,599.