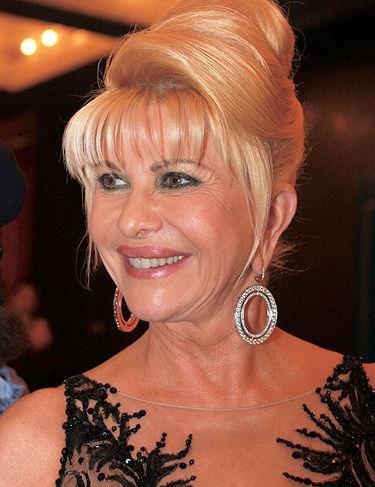 By Christopherpeterson at English Wikipedia/Wikimedia Commons

Ivana Trump’s engagement ring from Donald Trump was reportedly much cheaper compared to the ring that the POTUS gave to his third wife, Melania Trump.

According to Express, details about the cost of Ivana’s ring were kept under wraps since she and the president signed a prenup agreement. The agreement also made it possible for Trump’s first wife to keep any jewelry given to her by her ex-husband during their marriage and she kept the engagement ring.

After their divorce, Trump decided to wed his second wife, Marla Maples. For their engagement, the POTUS gave his second wife a 7.45 carat Harry Winston diamond ring.

When the former couple divorced, Maples decided to sell her engagement ring for approximately $8,000. In 2016, the former actress’ ring was sold again at an auction in 2016 where it sold for over $287,000.

But when the POTUS tied the knot with his third wife, he decided to go all out with her engagement ring. Initially, the FLOTUS’ ring was priced at $3 million. But after the first couple’s tenth anniversary, Trump upgraded ring with an even bigger diamond.

While speaking with Express, Tobias Kormind, the managing director of 77Diamonds.com talked about the FLOTUS’s engagement ring.

“When Melania Trump got engaged in 2005, Donald Trump bought her a 15 carat, D Flawless, emerald cut diamond ring from Graff which would today retail for $3m which is around £2.3m. At the time, Trump hit the headlines for claiming he had enjoyed a 50 percent discount. Graff was later quoted saying 'We don't sell items for publicity value,’” he said.

“A decade later on their 10th anniversary, Donald Trump upgraded the size of Melania's ring to a 25- carat diamond, also from Graff - this is the ring Melania decided to wear in her official White House portrait. That 10th-anniversary ring would today retail for $3.5m or £2.7m - it is significantly larger than Melania's original engagement ring but it is not D Flawless, which is the top and most coveted diamond quality in existence,” Kormind added.