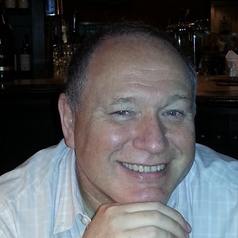 Shuffling a pack of cards isn’t as easy as you think, not if you want to truly randomise the cards. Most people will give a pack a few shuffles with the overhand or riffle methods (where the pack is split and the two halves are interweaved). But research has shown this isn’t enough to produce a sufficiently random order to make sure the card game being played is completely fair and to prevent people cheating.

As I wrote in a recent article about card counting, not having an effective shuffling mechanism can be a serious problem for casinos:

Players have used shuffle tracking, where blocks of cards are tracked so that you have some idea when they will appear. If you are given the option to cut the pack, you try and cut the pack near where you think the block of cards you are tracking is so that you can bet accordingly. A variant on this is to track aces as, if you know when one is likely to appear, you have a distinct advantage over the casino.

So how can you make sure your cards are well and truly shuffled?

You would think that it would be easy to get a random order from that many permutations. In fact, every arrangement is, in a sense, random. Even one where the cards are ordered by suit and then rank could be considered random. It is only the interpretation we put on this order that would make most people not consider it random. This is the same as the idea that the lottery is less likely to throw up the numbers one to six, whereas in reality this combination is just as probable as any other.

In theory, you could shuffle a deck so that the cards emerged in number order (all the aces, followed by all the twos, followed by all the threes and so on), with each set of numbers in the same suit order (say spades, hearts, diamonds and clubs). Most people would not consider this random, but it is just as likely to appear as any other specific arrangement of cards (very unlikely). This is an extreme example but you could come up with an arrangement that would be seen as random when playing bridge because it offered the players no advantage, but wouldn’t be random for poker because it produced consistently strong hands.

But what would a casino consider random? Mathematicians have developed several ways of measuring how random something is. Variation distance and separation distance are two measures calculated by mathematical formulas. They have a value of 1 for a deck of cards in perfect order (sorted by numbers and suits) and lower values for more mixed arrangements. When the values are less than 0.5, the deck is considered randomly shuffled. More simply, if you can guess too many cards in a shuffled deck, then the deck is not well shuffled.

The Best (and Worst) Ways to Shuffle Cards - Numberphile.

Persi Diaconis is a mathematician who has been studying card shuffling for over 25 years. Together with and Dave Bayer, he worked out that to produce a mathematically random pack, you need to use a riffle shuffle seven times if you’re using the variation distance measure, or 11 times using the separation distance. The overhand shuffle, by comparison, requires 10,000 shuffles to achieve randomness.

“The usual shuffling produces a card order that is far from random,” Diaconis has said. “Most people shuffle cards three or four times. Five times is considered excessive”.

But five is still lower than the number required for an effective shuffle. Even dealers in casinos rarely shuffle the required seven times. The situation is worse when more than one deck is used, as is the case in blackjack. If you are shuffling two decks, you should shuffle nine times and for six decks you need to shuffle twelve times.

Many casinos now use automatic shuffling machines. This not only speeds up the games but also means that shuffles can be more random, as the machines can shuffle for longer than the dealers. These shuffling machines also stop issues such as card counting and card tracking.

But even these machines are not enough. In another study, Diaconis and his colleagues were asked by a casino to look at a new design of a card shuffling machine that the casino had built. The researchers found that the machine was not sufficiently random, as they simply did not shuffle enough times. But using the machine twice would resolve the problem.

So next time you’re at a casino, take a look at how many times the dealers shuffle. The cards may not be as random as you think they are, which could be to your advantage.

Graham Kendall does not work for, consult, own shares in or receive funding from any company or organisation that would benefit from this article, and has disclosed no relevant affiliations beyond the academic appointment above.