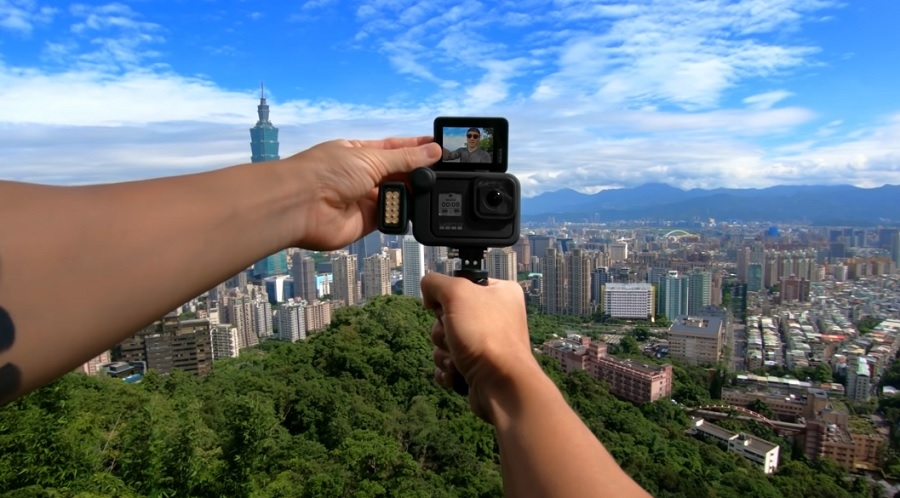 From the GoPro HERO8 Black trailer | Photo by GoPro/YouTube screenshot

Black Friday may not be an official holiday, but it is one of the days that many people are looking forward to every year. Almost every major store opens on the Friday following Thanksgiving to offer major discounts on virtually every item. Luckily, some bundle promos for the GoPro Hero8 Black have been announced despite it being released just last month.

Newly released electronics and gadgets do not usually join the list of discounted items for Black Friday. However, some stores have already announced that they have some deals lined up for people wanting to get one of GoPro’s newest action cameras.

Black Friday 2019 ads for Best Buy and Target have confirmed that Hero8 Black can be purchased in a special bundle promo. The Hero8 Black can be bought along with an extra rechargeable battery, a 32GB SD card, a head strap, a shorty selfie stick, and two mounts. All these items together have a regular price of $499.99, but on Black Friday, it will only cost $349.99.

Action camera lovers also do not have to wait for Black Friday to buy Hero8 Black with a discount. Customers in the United States and Europe can maximize GoPro’s TradeUp program and get $100 off their purchase. To avail this promo, customers can trade in any digital camera that had an original value of at least 99.99 bucks in their local currency, for example, those in the U.S. can exchange old cameras that were originally priced $99.99.

Limited-time offers on predecessors of Hero8 Black are also available even before Black Friday. Walmart currently offers the Hero7 Silver with the Complete Action Bundle for $249.95 instead of $430. BJ’s Black Friday ad indicates it will sell Hero7 Silver with a protective housing for $179.99 that translates to a $20 discount.

People interested in upgrading their action cameras with Hero8 Black should keep an eye on the official websites of major stores. Some retailers usually offer deals before and after Black Friday, which falls on Nov. 29 this year, exclusively through their online stores.

Hero8 Black benefits from the improved action camera feature developed by GoPro. The new action camera is equipped with HyperSmooth 2.0 that allows users to adjust horizon leveling through its app. Hero8 Black owners will also have more control over the pace of their time-lapse videos through TimeWarp 2.0.

GoPro has also introduced the Night Lapse Video feature on Hero8 Black, so the quality of a time-lapse video taken during sunset through nighttime will not be compromised. GoPro also improved the quality of photos captured with the cameras it released this year by combining the SuperPhoto and Improved HDR features.