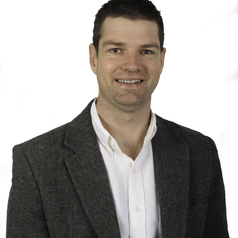 It’s no exaggeration to say that African elephants are in grave danger. The forest elephant, native to Central Africa, is on the edge of extinction. Savanna elephants, in southern Africa, are being poached at a rate of roughly 27,000 a year.

This is far higher than the rate at which the species can reproduce. It’s stating the obvious to say that this is unsustainable. What’s not so obvious is what to do about it.

In December 2016 Chinese authorities announced that they would implement a domestic ivory trade ban by the end of 2017. The news was greeted enthusiastically. Prices have fallen since the announcement. In late 2015, raw ivory sold for about U$1,100/kg. In February 2017, it sold for roughly $730/kg. A large part of the battle against elephant poaching is the presence of legal domestic ivory markets. They serve as a laundering front for illicit ivory.

The international ban on ivory trade is relatively meaningless as long as legal domestic markets exist. Of course, the ultimate problem is demand. Any trade ban will be futile unless accompanied by credible and widespread demand reduction campaigns. These help consumers to make the mental connection between the purchase of ivory and the slaughter of elephants.

Some conservationists cast doubt on whether a Chinese domestic ban matters. They feel that the government is powerless to stop the booming underground ivory trade. Underground trade is certainly a problem. But this doesn’t paint a full picture.

In a paper just published in Ecological Economics, my co-authors and I accept the inference that a large volume of raw ivory entering China is being stockpiled for speculative purposes. Speculation in this instance involves banking on certain policy outcomes that would drive up the price of ivory. If speculators can control the available stock, they can earn monopoly rents in the future. When the availability of a good is artificially restricted, the increased earnings of the suppliers are termed “monopoly rents”.

If this is true, regulators – Chinese officials with the job of enforcing a domestic ivory trade ban – must understand and respond to speculators’ strategies.

The paper presents several scenarios. There is an absence of reliable, consistent and available data on the supply and demand sides of the illegal ivory trade in general. So, we employed reasoning informed by game theory to demonstrate whether elephant poaching is likely to increase or decrease under each policy scenario in the future. Game theory is the study of situations with multiple decision makers, interacting strategically. The basic tenet is that individuals choose between strategy options according to their consequences.

We assume that there are at least two kinds of speculators.

Regulators have two policy options. They can impose the ban indefinitely or for a finite, defined period. The table below provides a summary of the behavioural probabilities for speculators and regulators. Syndicates that believe the ban will be in place indefinitely and that the Chinese government will credibly enforce it, are likely to sell their ivory wherever they can earn the highest price. An indefinite ban, implemented in the very near future in both China and Hong Kong, could induce a type of dumping strategy. This would lower prices and reduce the incentive to poach elephants.

But whether syndicates choose a dumping strategy also depends on their beliefs about future consumer behaviour. If they believe that the ban is credible, and that private investors who have significant personal stockpiles will sell because of the ban, then it may be rational to divest stocks now to avoid future losses. Demand reduction campaigns are crucial to induce this outcome by pushing consumer behaviour away from valuing ivory.

A lifted ban in the future

Under a finite horizon, with the probability of a ban being lifted at some predictable point in the medium term - say, 10 years - syndicates would have every incentive to maintain and enlarge their current stockpiles. When a small number of players hold market power they can afford to be patient.

In other words, they can wait until the ban is lifted and continue to poach elephants now to build their stockpiles. In the meantime, they can sell into neighbouring countries or continue to pursue opportunities in China’s illegal market. The ultimate objective is to earn monopoly rents.

We modelled the strategic options as a very basic non-cooperative game between speculators (player A) and regulators (player B). It is non-cooperative because we couldn’t imagine official negotiations between regulators and speculators. Consider the conversation, “Okay, if you make the ban permanent, we’ll dump our stock”. In reality, regulators get to send the signal and have a clear first mover advantage as a result.

What the model predicts

If regulators signal, as they should, that the ban will be for an indefinite period, then dumping is the best strategy for speculators. The payoff is higher than if they continue to bank on extinction.

In conclusion, we argue that how Chinese authorities choose to act in response to potential speculator strategies is crucial for improving elephant survival probability. Regulators have a first-mover advantage that they should use as soon as possible by signalling progress on implementing the ban, and stating unequivocally that it will be indefinite.

Ross Harvey works for the Governance of Africa's Resources Programme at the South African Institute of International Affairs. Funding for the journal article that this article references came from the Science for Nature and People programme for understanding the economics of the Chinese Ivory trade, through Stop Ivory, which also funded other research work in 2016.