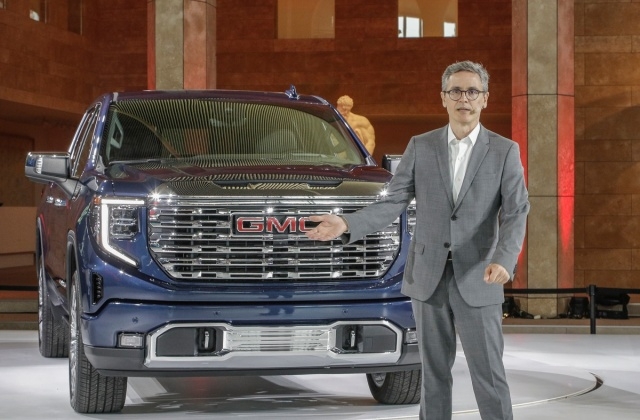 General Motors is bringing the GMC brand to South Korea, and as it enters the market, the first model to be introduced is called the “Sierra Denali.” The Korean unit of the Detroit, Michigan-based automaker said that the new units are set to be launched this year.

GM Korea said that GMC’s Sierra Denali is a pick-up truck, and its plans to bring this line to the country were announced on Wednesday, June 22. The truck is expected to arrive in the market in the second half of this year, and General Motors is aiming to start the delivery of orders within the year as well.

As per Korea Joongang Daily, the carmaker’s move to launch the GMC brand in the country is part of its multi-brand strategy where the company will be providing the local customers with other types and lines of GM vehicles so they will have more options.

The introduction of the GMC trucks to Korea was personally announced by GM Korea president and chief executive officer, Roberto Rempel, during the Brand Day event that was held in Paradise City Hotel in Incheon two days ago.

GMC is a well-known premium brand of pick-up trucks that was established in 1902. It is being sold under General Motors, which also sells three other famous names in the auto industry, including Cadillac, Chevrolet, and Buick. At this time, aside from GMC, GM had already introduced Cadillac and Chevrolet in Korea.

“Today is the day that GM provides new lifestyle options to domestic customers. We are leading the industry transformation into a platform innovative company with the Ultify platform as the center,” Rempel said in a separate press release. “Today’s event is a place to directly show Chevrolet, Cadillac, and GMC brand products that reflect GM’s innovative values, and at the same time, communicate with brands leading the all-electric vision that GM is realizing and domestic consumers.

He added that General Motors would achieve a yearly production capacity of 500,000 vehicle units with the Trailblazer and next-generation CUV, which will be built in South Korea starting next year. “We are ushering in a new era for GM,” the GM Korea chief said.

Meanwhile, the details about the new GMC truck, such as its price and specifications, are not available at this time. GM Korea said they would release more information later. The company is aiming to release at least 10 electric vehicles in the country by the year 2025.