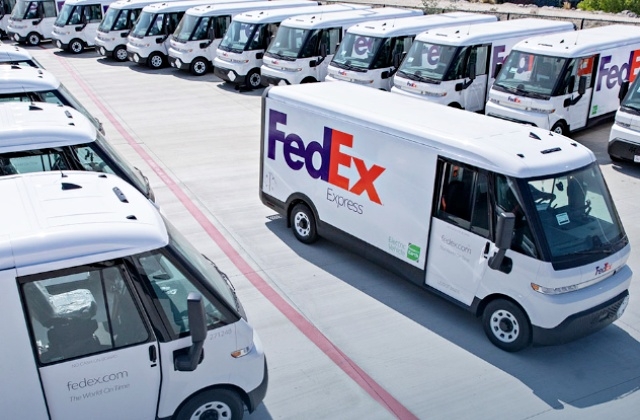 General Motors delivered 150 units of electric delivery vans to FedEx, and this was announced this week. The Detroit, Michigan-headquartered automaker shared that the transport and courier company received its BrightDrop brand electric vans, and more will be delivered in the future.

As per CNN Business, General Motors and FedEx previously announced that they have signed a deal for the latter's purchase of 2,500 BrightDrop electric delivery vans, and the second shipment will be completed this month. There is also a negotiation for an order of another 20,000 units, but the decision for this is still pending.

FedEx will be using 2,500 BrightDrop Zevo 600 for its operations across the country over the next few years. The second delivery comes several months after General Motors handed over just five units in December. Thus, this order fulfillment served as BrightDrop's first sizable delivery of its electric vans.

It was mentioned that Walmart has also made a deal with GM's BrightDrop to use the same electric delivery vans for its operations. The demand for electric vans from major companies is raising the competition for its production from some automakers, with the exception of Tesla, which is sticking to the manufacturing of cars.

"At FedEx, we have ambitious sustainability goals, and our phased approach to vehicle electrification is a crucial part of our roadmap to achieve carbon-neutral global operations," FedEx's chief sustainability officer, Mitch Jackson, said in a press release.

He went on to say, "In just under six months, we've taken delivery of 150 BrightDrop Zevo 600s for our parcel pickup and delivery fleet. In today's climate of chip shortages and supply chain issues, that's no ordinary feat and a true testament to the collaboration between FedEx and BrightDrop."

Meanwhile, Fox Business reported that GM's BrightDrop Zevo 600 can travel at the range of up to 250 miles if fully charged. It can carry up to 2,200 pounds of payloads that FedEx can deliver to its customers.

It was revealed that BrightDrop is also planning to make another version of the van which will be called the Zevo 400 van. This is the smaller version of the BrighDrop Zevo 600 and is ideal for more frequent deliveries. It is expected to be introduced in the last quarter of 2023.