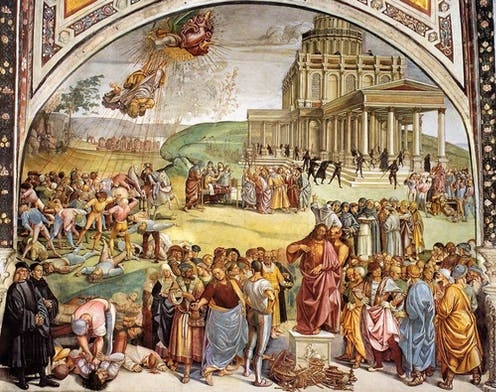 Luca Signorelli's Sermon and Deeds of the Antichrist ( c. 1499 and 1502). Wikimedia Commons 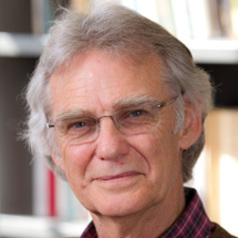 In the history of the West over the last 2000 years, there has never been a time when someone hasn’t been predicting the end of the world.

And now, with a seemingly insoluble climate crisis, pandemic surges, savage wildfires and hurricanes, and a renewed nuclear arms race, seems no time to stop.

Many of us feel, as poet John Donne put it in The Anatomy of the World in 1611, “Tis all in pieces, all coherence gone”.

The Christian tradition tells us to be on the lookout for the Antichrist, who will appear shortly before the big finish. Vast amounts of Christian ink have been used to try and work out when he will come and just how we might identify him when he does.

Here, then, are five things to know just in case:

In The Christian New Testament there are only three passages that mention the Antichrist, all in the letters of John (I John 2.18-27, I John 4.1-6, 2 John 7). They suggest the end of the world should be expected at any moment.

Over the first several centuries of the Christian tradition, the scholars of the early Church started to pore over an array of other Biblical characters finding references to the Antichrist within them: the “abomination of desolation” in the books of Daniel and Matthew; “the man of lawlessness” and “the son of perdition” in a letter of Paul. 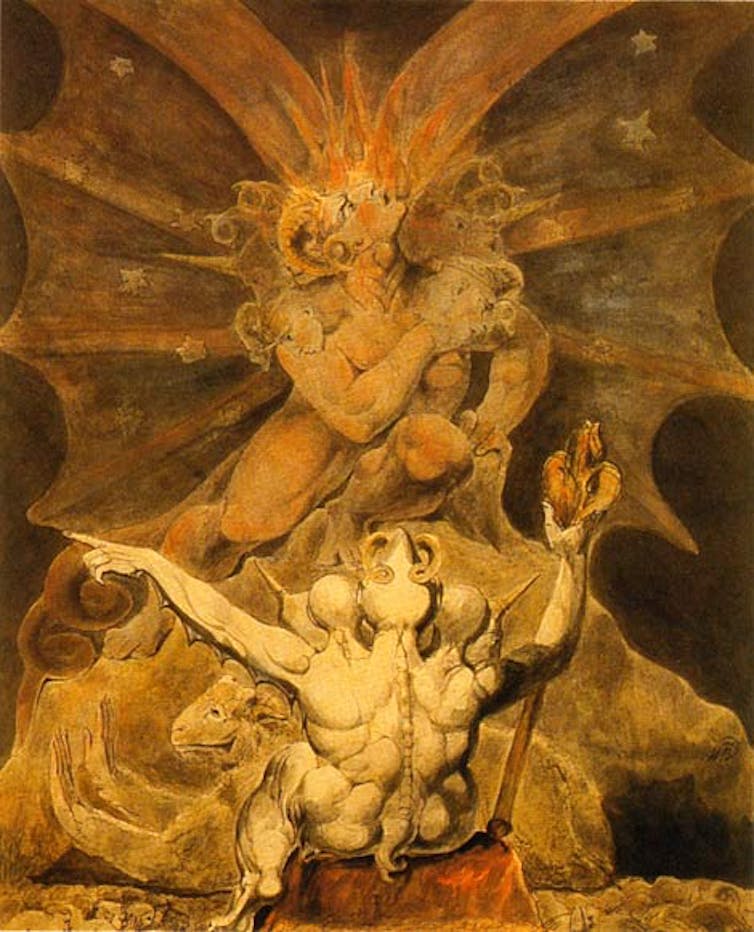 2. He is an earthly tyrant and trickster

By the year 1000, the main outlines of the first of two narratives about the Antichrist was in place thanks to a noble-born Benedictine monk and abbot named Adso of Montier-en-Der (c. 920-92) who wrote a treatise on the subject.

According to him, the Antichrist would be a Jew from the tribe of Dan and born in Babylon. He would be brought up in all forms of wickedness by magicians and wizards. He would be accepted as the Messiah and ruler by the Jews in Jerusalem. Those Christians whom he could not convert to his cause, he would torture and kill.

He would then rule for seven years before being defeated by the angel Gabriel or Christ and the divine armies, prior to the resurrection of the dead and the Final Judgement.

3. Past popes have been accused

By the year 1400, another narrative of the Antichrist had arisen. Now he was no longer the tyrant outside of the Church but the deceiver within it. In short, he was the Pope or even the institution of the papacy and the Church themselves.

… the Pope may obviously be the Antichrist, and yet not just that sole single individual… but rather the multitude of popes holding that position … along with the cardinals and bishops of the church.

This was the position on the Antichrist adopted by Protestants at the time of the 16th century Reformation. Martin Luther (1483-1546) was convinced that he was living in the last days. For him, the Pope fitted all the criteria for the Antichrist. The Pope, he declared, “is the true end times Antichrist who has raised himself over and set himself against Christ”. 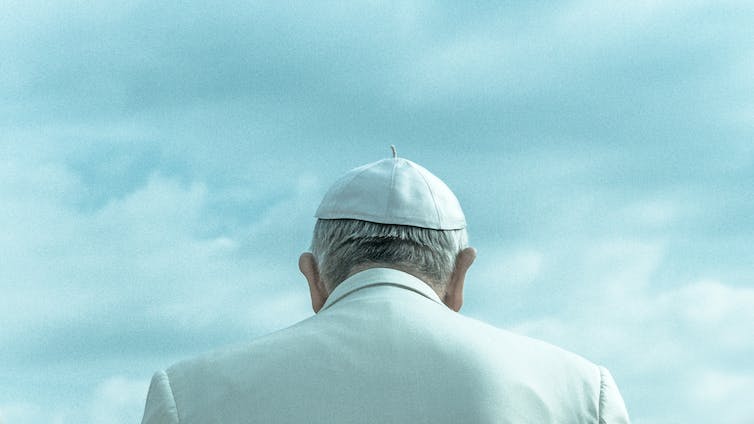 Popes, old and new, have been targets for those on the lookout for the Antichrist. Unsplash/Nacho Arteaga, CC BY

Within conservative Christianity over the last century, Antichrists have multiplied. “The Antichrist” has become a general category available for application to an array of individuals, collectives, and objects as the demonic “other”.

Generally, predictions of a tyrant outside the church now dominate the idea of a deceiver within it.

American presidents are well represented When it comes to accusations of being the Antichrist, usually from the conservative religious right, Ronald Reagan, John F. Kennedy, and Barack Obama have all been mentioned. Donald Trump is gaining popularity as a worthy candidate with ethics scholar D. Stephen Long suggesting he represents: “not a single person but a political pattern that repeats itself by taking on power to oppress the poor and the just”.

American evangelist Jerry Falwell, known for his controversial views on apartheid, homosexuality, Judaism, climate change and the Teletubbies, once said: “The Antichrist will be a world leader, he’ll have supernatural powers”.

Hilary Clinton is, to the best of my knowledge, the only female candidate. US Republican politician Ryan Zinke who was US Secretary of the Interior in the Trump Administration from 2017 until his resignation in 2019, threw the accusation in 2014. She later reassured him, at Trump’s inauguration, that she wasn’t.

Osama bin Laden was a favourite until his death, as was Saddam Hussein.

Marks of the beast have even been discerned by some in supermarket barcodes and pet microchips. 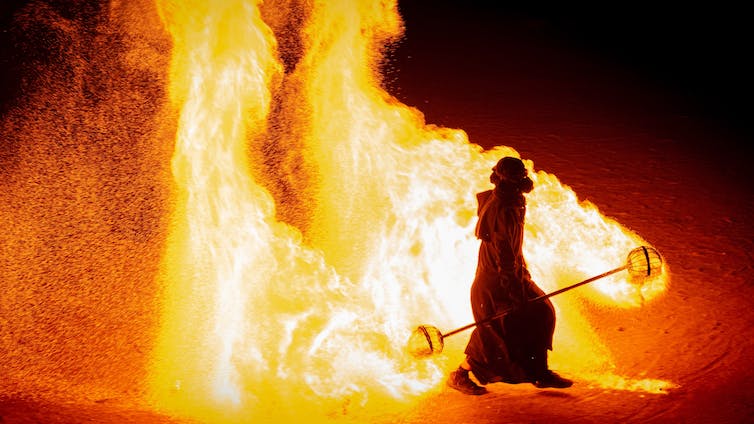 How close are we to a fiery end? Unsplash/Alexandre Boucey, CC BY

According to the Christian tradition, the Antichrist will finally be defeated by the armies of God under the leadership of Christ with the Kingdom of God (on earth or in heaven) to follow.

So, in spite of current appearances, Christianity holds firmly to the hope that evil will be finally overcome and that goodness will ultimately prevail.

The core idea of the Antichrist — of evil at the depths of things — lays upon all of us the ethical imperative to take evil seriously. Whether the end is nigh or not, we should work to minimise harm and maximise the good in the here and now.