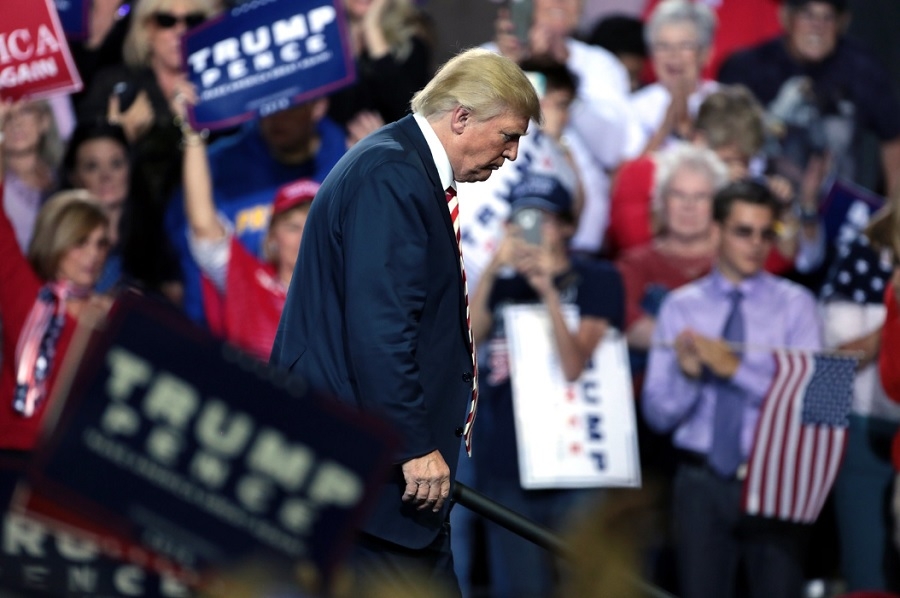 US President Donald Trump at a campaign rally in Prescott Valley, Arizona in 2016. | Photo by Gage Skidmore (licensed under Creative Commons [https://creativecommons.org/licenses/by-sa/2.0/]) via Flickr.com

President Donald Trump has had very interesting and hectic weeks recently. The Democrats-led Congress launched an impeachment inquiry. He is also continuously catching heat after abruptly pulling out US troops from Syria, leaving their Kurdish allies behind. Another issue has Trump’s lawyers scrambling in the previous months: multiple subpoenas for his tax records.

While the ongoing legal battle in Washington and New York for Trump’s tax records have yet to be resolved, ProPublica obtained property tax documents on some of Trump’s real estate properties via a Freedom of Information act. The documents were only available because the President reportedly appeals to his property taxes every year for the past nine years. Despite the scarcity of records, it still raised several red flags.

The report highlighted how there were different figures reported to lenders and to property tax authorities for the same structures owned by Trump. The President’s camp purportedly told lenders that his famous 40 Wall Street building had been 95 percent occupied years after 2012 making it look more profitable.

However, records submitted to the tax officials for the same building were reportedly different. Trump’s 40 Wall Street, in the papers filed to authorities, was only 81 percent rented by early 2013.

In his years of political career up to the 2016 campaign, Trump promised he would make his tax returns public once elected. However, fast forward to last May, the US House Committee on Ways and Means subpoenaed the Treasury Department and the IRS to release the documents.

Trump’s camp made efforts to counter it, including a petition for the U.S. District Court for the District of Columbia to issue a “permanent injunction” that would ultimately protect his tax records from all and future subpoenas. Meanwhile, in the District Court for the Southern District of New York earlier this month, Judge Victor Marrero ruled in favor of submitting the tax returns documents to the court.

Trump’s lawyers, however, immediately filed an appeal to the U.S. Court of Appeals for the Second Circuit very shortly after Marrero’s ruling. It temporarily delayed the release of his New York tax records.