Donald Trump investigation: WH visitor logs may show 'the type of people' entering and leaving in days up to Jan. 6 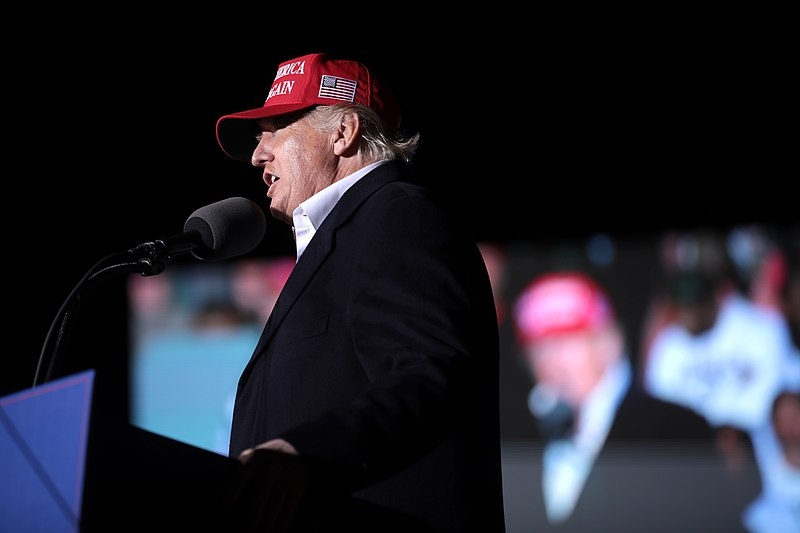 Twice-impeached, former President Donald Trump was dealt with another loss when the Biden White House authorized the National Archives to turn over his White House visitor logs. According to a CNN reporter, the logs would give the Jan. 6 congressional committee an idea of the kind of people entering and leaving the White House in the days leading up to Jan. 6.

Speaking on CNN Wednesday, congressional correspondent Ryan Nobles revealed what the panel may see when it obtains the Trump White House visitor logs. The Biden White House rejected the former president’s executive privilege claim once again, ordering the archives to turn over the logs in 15 days. Nobles explained that the logs would show the kind of people who entered and left the White House in the days leading up to the insurrection.

“What these White House visitor logs could show are the type of people that were coming in and out of the White House of the days leading up to Jan. 6. We already know from some of the public reporting there were many of these individuals that were at the front lines of this attempt to undermine the election results. People like Rudy Giuliani, Sidney Powell,” said Nobles.

“Others, like congressman Mo Brooks and those peddling false claims and scheming up different legal theories that could be used to try and prevent the certification of election results,” Nobles added.

However, Nobles expressed skepticism on how much information the visitor logs may provide to the committee. Nobles cited other reports revealing how the Trump White House was “a bit lackluster” in record keeping and that the logs do not indicate which offices visitors went to after the first initial meeting. Nobles added that the logs do not provide a lot of details on who enters and leaves the White House.

The probe into Jan. 6 is not the only investigation that Trump is facing. The former president is also facing a civil investigation into his business by the New York Attorney General and a criminal probe by the Manhattan District Attorney. The recent ruling ordered Trump and his children to sit for a deposition with Attorney General Letitia James.

According to former federal prosecutor Shan Wu, the judge is aware that there is proof of financial fraud, which spells trouble for the Trumps. Wu discussed the ruling in his appearance on CNN Thursday, where host Erin Burnett pointed out that the judge did see evidence of financial fraud. Wu explained that the judge actually said that James would not be doing her job properly if she did not decide to pursue the investigation, given the evidence.