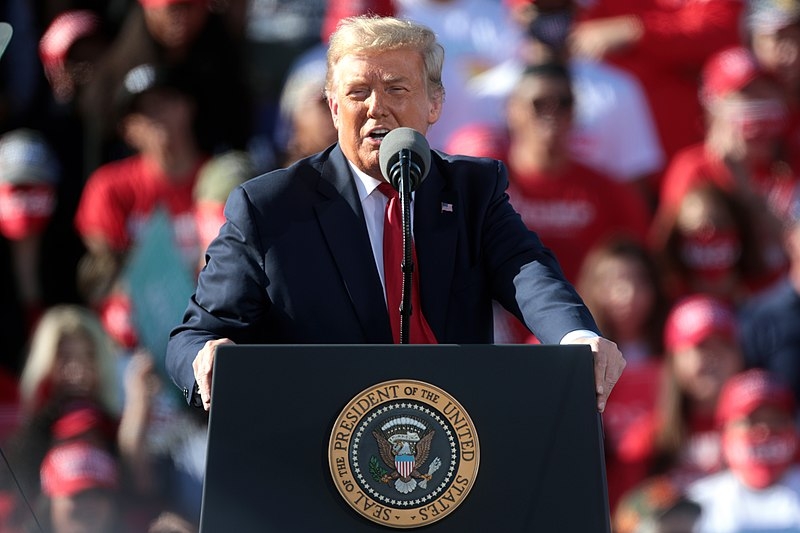 Back in February, it was revealed that former President Donald Trump took 15 boxes of White House documents with him to his Mar-a-Lago estate, where it was recovered by the National Archives. This week, the Justice Department has signaled that it was investigating the documents that the former president brought with him as part of a criminal probe.

The Justice Department issued a statement posted by the Washington Post, confirming the indications that it was conducting a criminal probe into the documents Trump took with him to his Florida residence. This comes as many legal analysts have questioned whether the department was conducting an investigation based on Democratic House Oversight Chair Carolyn Maloney’s letter asking for the documents as part of a congressional probe.

Maloney, at the time last week, said that she tried to work with the Justice Department to obtain the documents. Some of the documents taken by Trump were considered to contain classified information at the highest level.

Acting Assistant Attorney General Peter Hyun explained in his letter that the DOJ’s policy is to cooperate “to the fullest extent consistent with the constitutional and statutory obligations of the Executive Branch” and that “the Department’s goal in all cases is to satisfy legitimate legislative interests while protecting Executive Branch confidentiality interests. Examples of confidential information include…information the disclosure of which the might compromise open criminal investigations or prosecutions or civil cases.”

This confirms that the documents of the National Archives taken by the former president are being used in an ongoing investigation by the DOJ.

Trump has sought to overturn the 2020 election results to gain another term in office and stay in power, with growing evidence suggesting the former president’s involvement. Politico has reported that a Trump ally who is running to oversee elections in Arizona was involved in the efforts to overturn the 2020 elections. The same ally was joined by an individual who was in close contact with Trump White House Chief of Staff Mark Meadows.

Arizona State Congressman Mark Finchem secretly asked the Department of Homeland Security to conduct a “full-spectrum forensic examination” of the voting machines that were used, in the last weeks of Trump’s presidency, reaching the DHS acting director of Cybersecurity and Infrastructure Security Agency.