Donald Trump shock: POTUS says US is in good shape by coronavirus peak 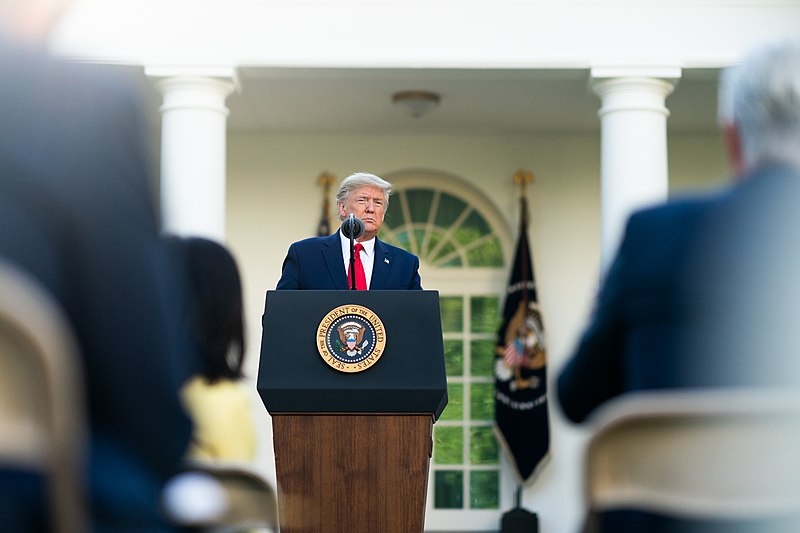 The cases of coronavirus in the United States continue to skyrocket and unfortunately, it appears that it will only get worse before it gets any better. When President Donald Trump was recently asked regarding the supply of ventilators by the time the pandemic peaks, Trump made an optimistic response.

BBC reports that during the White House coronavirus task force briefing, Trump revealed the status of the ventilator supply after reports from various health centers all over the country suffering from a shortage, especially in states with a very high number of cases. Trump stated that there are at least 10 companies who are working to produce enough ventilators to supply all the hospitals and health centers.

When pressed by the media on whether or not there would still be enough ventilators as the pandemic reaches its supposed peak in two weeks’ time, Trump delivered an optimistic response. “I think we’re going to be in very good shape,” said the president. He also added that over a million Americans have been tested for COVID19. “More than any country by far. Not even close.”

However, when a reporter pointed out the numbers coming from South Korea, which has tested more people, Trump accused them by noting the population of the country’s capital Seoul being 38 million. It should be noted that the population of Seoul is only 9.7 million. Trump added that the administration should be praised for their efforts and progress in handling the pandemic. Trump also reiterated his accusations against several state governors that they were supposedly hoarding personal protective equipment or PPEs as well as important medical supplies.

The pandemic has since forced the government to undergo a period of social distancing to slow down the spread of COVID19. This period has forced Americans all over the country to be confined to their homes and companies are also forced to have their employees work remotely. Classes in schools have also been suspended, with some schools resorting to continuing classes online.

CNBC reports that Trump will approve of certain businesses in deferring tariff payments by three months. Those who are briefed on the matter also revealed that this delay in tariff payments would likely only be applicable to the “most favored nation” tariffs stipulated under the World Trade Organization.