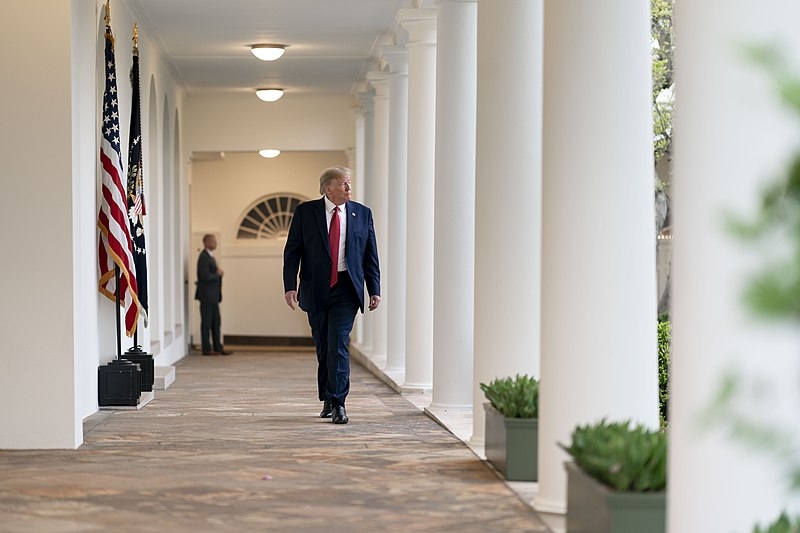 Previously, President Donald Trump expressed his desire to see the social distancing period lifted by Easter Sunday. However, his recent remarks seem to backtrack those statements.

Bloomberg reports that while speaking to the press from the White House Rose Garden, Trump announced the extension of the social distancing period until April 30th, backtracking on his previous statement of his hopes to reopen the United States economy as well as the restrictions by Easter Sunday. This backtrack follows after health experts Dr. Anthony Fauci and Dr. Deborah Birx advised not to lift the restrictions because it can potentially increase the number of deaths from the coronavirus.

The United States has seen thousands of cases of COVID19, along with over 2,000 deaths. Trump has also expressed his hopes that the country would be recovering from the pandemic by June 1st, even though the outcome remains to be uncertain. The shutdown and restrictions have since forced companies to temporarily close or have their employees work remotely as the guidelines state that Americans are required to stay indoors as much as possible. Classes have also been suspended or transferred to an online setting until further notice. Travel restrictions to countries with a high number of cases such as China and Italy, and Europe in general, have also been placed.

Trump also expressed that he hopes the number of deaths would reach no more than 100,000. Should that happen, then the administration would have done a good job in keeping the numbers up to that amount or most ideally lower.

Incidentally, The Guardian reports that Trump was accused of treating the conference as a way to advertise his corporate allies. This was because among the very few people who were present at the Rose Garden were MyPillow CEO Mike Lindell, Honeywell executive Darius Adamczyk, Jockey International executive Debra Waller, Procter & Gamble’s David Taylor, and United Technologies executive Greg Hayes. All of them were reportedly asked to make short speeches as well.

Lindell is known for being a regular fixture at Trump’s campaign rallies, and following his announcement of the company’s production of cotton face masks, he went into campaign rally mode by referencing the General Election date in November.