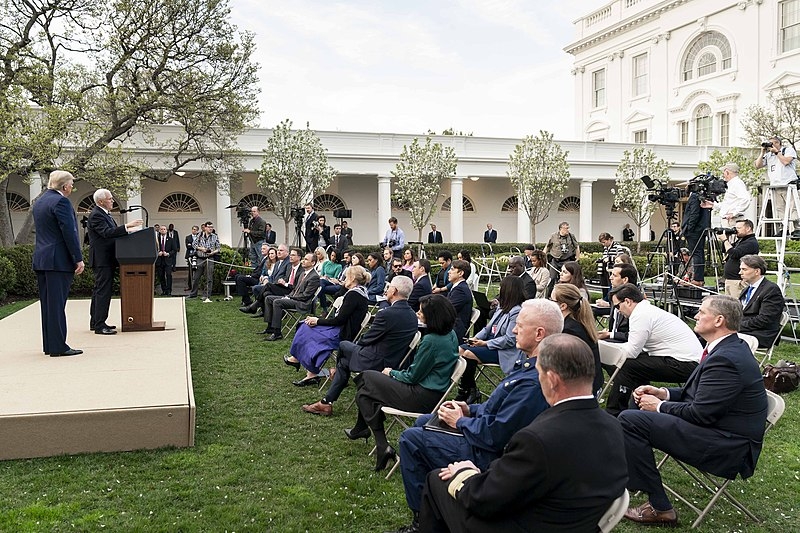 The COVID19 situation in the United States appears to only get worse before it gets better, with the skyrocketing number of cases as well as deaths. President Donald Trump recently expressed his hopes of keeping the number of coronavirus deaths up to 100,000 only.

Speaking from the White House Rose Garden, Trump announced that the shutdown and social distancing period is to extend for one more month, as well as expressing his desire to keep the number of deaths from COVID19 to 100,000. Should the number of deaths reach up to that number or most ideally lower, Trump said that the administration would have done “a very good job.”

Trump previously announced a national shutdown and released guidelines saying not to meet in groups of 10 or more and to stay at home as much as possible. The guidelines also urged the elderly and immunocompromised people as well as those with preexisting conditions to stay at home as they are at a greater risk of contracting the coronavirus. Companies are advised to make their employees work remotely for the time being and classes in schools are suspended until further notice in order to prevent the spread.

Speaking to the press, Trump said, “The modeling estimates that the peak in death rate is likely to hit in two weeks. Nothing could be worse than declaring victory before the victory is won. It would be the greatest loss of all. We can expect by June 1st we will be well on our way to recovery.”

Due to the extended social distancing period, the guidelines may also be stricter this time around. Travel restrictions to and from China and Europe would also remain, and Americans are highly advised to comply with the guidelines until the end of April.

“The guidelines will be very much as they are, maybe even toughened up a little bit,” said Trump.