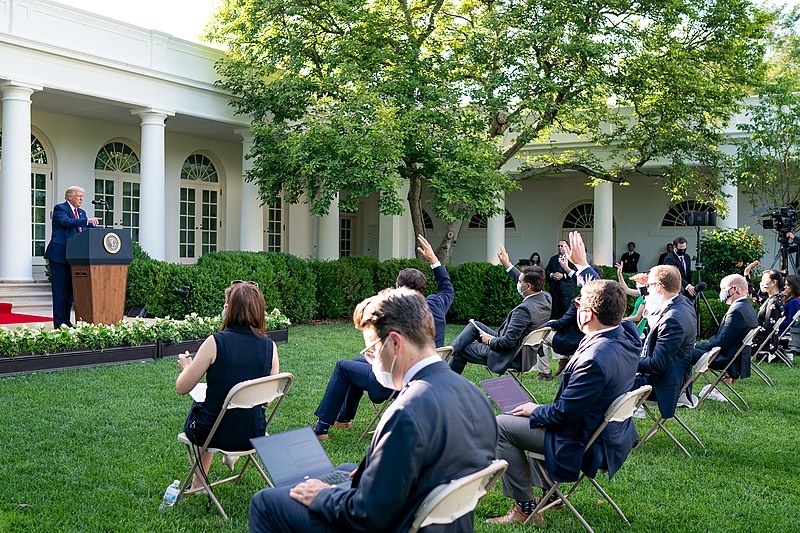 Recent reports have revealed the clashing of the White House and the top infectious disease expert Dr. Anthony Fauci. Following the controversial op-ed piece written by White House trade adviser Peter Navarro, it was revealed that Donald Trump reportedly authorized him to do so.

Navarro’s op-ed piece that was published in USA Today became an attack on the top infectious disease expert in the US. Dr. Fauci is also a member of the White House coronavirus task force, and his statements have often clashed with Navarro’s opinions on the matter. In the piece, Navarro accused Dr. Fauci of being “wrong about everything I have interacted with him on.” Navarro continued to write that he approaches Dr. Fauci’s advice with “skepticism and caution.”

Despite the White House having released a statement saying that the piece was Peter’s sole opinion towards the health expert, a report from the Los Angeles Times revealed that Trump reportedly gave Navarro the go signal to write it. According to an administration official, Trump also supposedly “encouraged” the trade adviser to write it.

Navarro’s op-ed piece follows the sudden attacks made by White House officials on Dr. Fauci. Several aides who did not come forward publicly raised their concerns about Dr. Fauci’s statements about the coronavirus, citing statements from the health expert that were taken out of context. This is, despite Trump’s claim that he maintains a good relationship with Dr. Fauci.

Dr. Fauci has since responded to the piece and the recent attacks made by White House aides. The health expert commented that the highly-criticized list that was being circulated only reflects badly on the administration.

During a meeting with the press at the White House Rose Garden, Donald Trump claimed that the European Union was formed to “take advantage of the United States.” At an event to announce that the US will impose sanctions on China for its interference with Hong Kong’s autonomy, Trump said that the US is currently in economic competition with Europe, saying that the continent “never treated us well.”