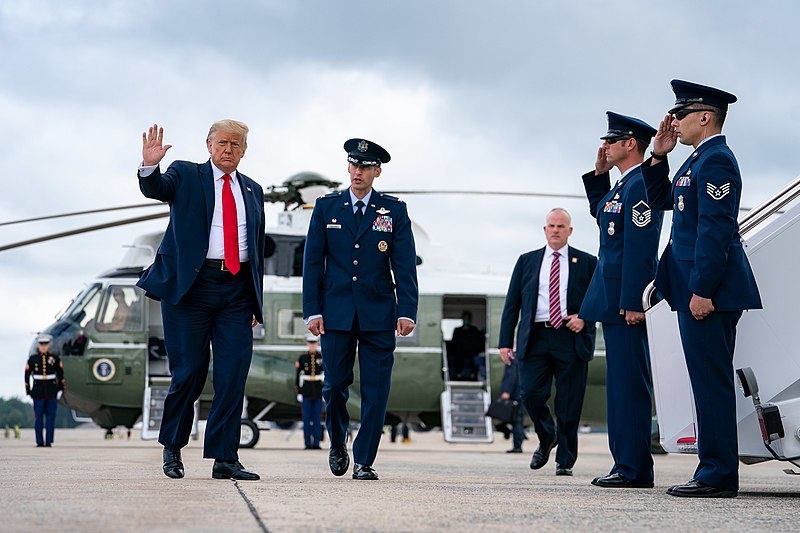 Since 2019, Hong Kong underwent a lot of mass protests, with many of its residents facing police brutality because of China’s interference with its autonomy. Recently, Donald Trump announced that he has signed legislation to impose sanctions on China for its interference.

CNBC reports during a meeting with the press at the White House Rose Garden, Trump announced that he has signed the legislation that will bring sanctions onto China. The law, which is now referred to as the Hong Kong Autonomy Act, would result in mandatory sanctions against Chinese officials and companies that aided in the nation’s imposing of a security law designed to forcibly eliminate any dissent in Hong Kong. The bill was passed in Congress earlier in the month.

The Trump administration has long been critical of the national security law Beijing has tried to impose on Hong Kong. The law would mean rejection of any literary material that opposes or criticizes the Chinese Communist Party as well as place a limit on Hong Kong’s autonomy.

Along with imposing sanctions on China, Trump has also announced that he signed a new Executive Order ending the preferential treatment for Hong Kong. “Hong Kong will now be treated the same as mainland China. No special privileges, no special economic treatment, and no export of sensitive technologies. In addition to that, as you know, we are placing massive tariffs and have placed very large tariffs on China,” said Trump during the meeting.

Meanwhile, the administration has come under fire for its new law forcing international students to return to their home countries unless they are enrolled in classes in the upcoming semester. This policy has resulted in states as well as educational institutions filing lawsuits to drop the rule. The first to sue were ivy league schools Harvard and MIT. 59 other universities and educational institutions have expressed their support to drop the policy in a court brief. 18 state attorneys general have also filed lawsuits.

Massachusetts District Judge Allison Burroughs revealed that the parties have now come to an agreement. The agreement stipulates the policy made back in March, that foreign students would be able to attend their classes that have since moved online because of the pandemic, and that they would be allowed to remain in the US legally.