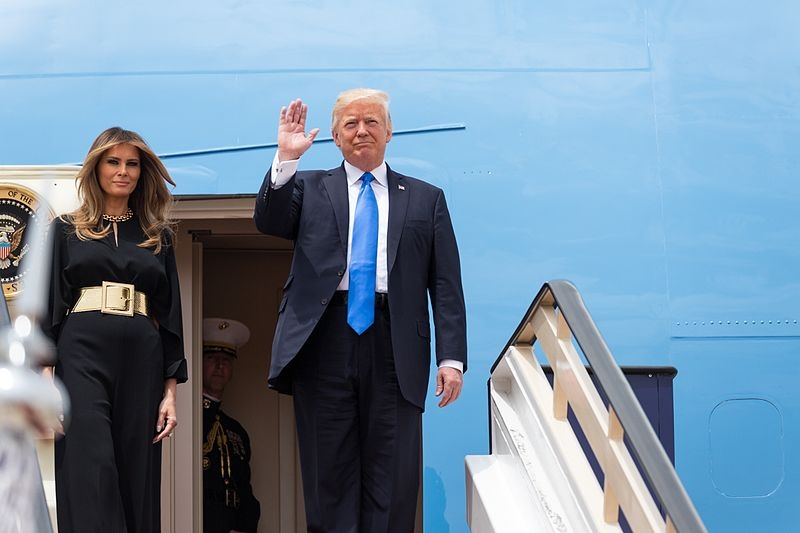 Recently, United States President Donald Trump attended the World Economic Forum in Davos, Switzerland. While his speech drew criticism online, speculations rose regarding his health based on his posture while he spoke.

Politicalflare reports that as Trump delivered his speech regarding the situation in America, the way he held onto the podium brought on a lot of speculations regarding his health. While it was a given that the President has a way of standing, people on social media speculated what might be going on with him. One shared that the President may be having trouble keeping his balance and that their neurologist would be “all over that and his gait.” Another speculated that he may be wearing a brace to help him in standing properly.

Others seemed to echo the speculation that the president may be suffering from the symptoms of dementia, a neurodegenerative disease that is common among the elderly. From the way he held onto the podium, they speculated that Trump may be trying to keep his vertigo in check. One also pointed out that Trump may be losing his balance due to his belly as well.

But aside from speculations regarding his health, Trump’s speech during the Forum was not exactly received well. CNN reports that the President used the conference to state all his accomplishments in the United States. Trump boasted about the country having one of the cleanest air and water on the planet despite actually ranking tenth in the Environmental Performance Index. Trump also boasted that the United States is experiencing a boom in the economy, despite actually having a GDP of two to three percent compared to the Clinton administration, which was four percent. During the Obama administration, the annual GDP went up to 5.5 percent, which is still unmatched in the Trump administration.

Along with distorting the facts and statistics, Trump also did not take questions from the forum host and World Economic Forum founder Klaus Schwab, nor questions from other people who were taking part. Trump also appeared to have missed out on addressing the interests of the other countries that were present. In other words, Trump may have used the Forum in delivering a speech meant for his reelection campaign, and a few people were not surprised.