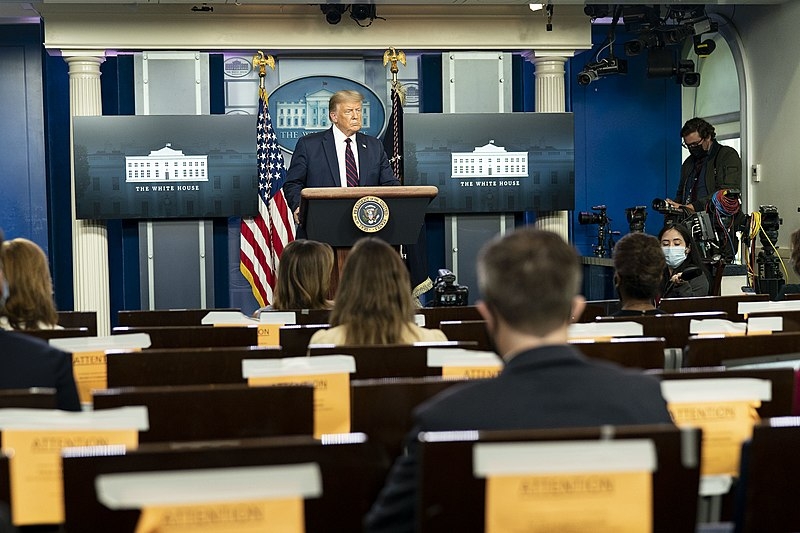 Despite the rising number of cases and deaths of COVID-19 in the United States, it appears Donald Trump is still determined to reopen the country. In his latest interview, Trump insists that schools fully and physically reopen, reasoning that students are practically immune to the pandemic.

Speaking at Fox & Friends, Trump reiterated his call for schools to reopen in the fall, saying that children are practically immune to COVID-19. Trump also repeated his previous comment that the pandemic will simply vanish, a remark he has made since February. These comments come the day after officials reported over 1,000 Americans have now died from COVID-19.

“This thing’s going away -- It will go away like things go away,” said Trump during the interview. Doctors have already said that children can catch COVID-19 as well as transmit the virus to others. The National Education Association has also warned schools against reopening, especially as cases of COVID-19 in the US have reached over four million, with deaths already over 161,000.

Trump has previously threatened schools that he will cut federal funding should they choose not to reopen fully and physically to students in the fall. Education groups have criticized Trump’s insistence for schools to reopen, saying that the president is politicizing education as well as millions of American lives. St. Andrew’s Episcopal School in Maryland, the school in which his son Barron Trump attends, has announced that it will not reopen in the fall and opted for virtual learning.

The only member of the Trump family who has spoken up against Trump is his niece, Mary Trump, a clinical psychologist and author of a tell-all memoir, Too Much and Never Enough. Speaking at the Dean Obeidallah Show on SiriusXM via The Independent, Mary Trump said that her uncle should be criminally charged for his response to the pandemic.

“If you have it in your power to save somebody’s life but stand by and do nothing, isn’t that negligent homicide or something like that?” said Mary. “If you are actively withholding personal protective equipment from a state because a governor isn’t nice enough to you and people end up dying, how is that not a crime?”

Mary then spoke about how her uncle should be held accountable for his actions, commenting on how there is no accountability within the Republican party which results in her uncle doing whatever he wants to do.