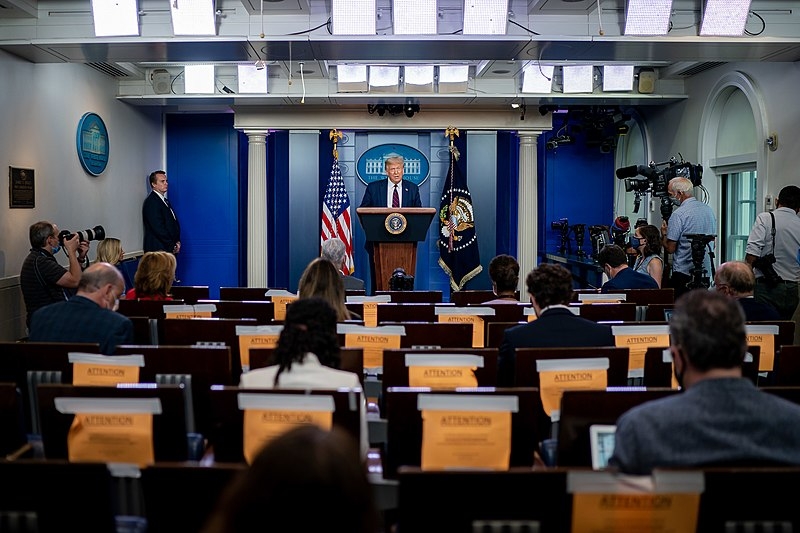 Donald Trump and Dr. Anthony Fauci have often clashed over the past several months over the facts regarding the COVID-19 pandemic in the United States. Trump recently tried to contradict the infectious diseases expert once again, claiming that he is wrong about the reason for the high infection rates in the country.

The Guardian reports that Trump quote-retweeted a video of Dr. Fauci explaining the difference between the surge of infections in the US and in Europe. The health expert explained that the reason why the rates of infection are dropping in Europe contrary to the US is because of different reactions to the coronavirus. Dr. Fauci noted that European economies shut down as much as 95 percent while the US has only shut down by 50 percent.

“Wrong! We have more cases because we have tested far more than any other country, 60,000,000. If we tested less, there would be fewer cases. How did Italy, France, & Spain do? Now Europe sadly has flare ups. Most of our governors worked hard & smart. We will come back STRONG!” tweeted Trump.

Contrary to Trump’s claim, Dr. Fauci pointed out that while many states complied with the CDC guidelines in reopening, other states did not, and thus many southern and western states are now experiencing a surge in COVID-19 cases. As of now, the death toll from COVID-19 in the United States has reached over 158,000, with over four million Americans infected. The Trump administration has since been widely criticized for its response towards the pandemic.

However, a recent report revealed that White House adviser Jared Kushner had a testing plan in the works that was eventually scrapped out of politics. A member from Kushner’s team revealed that the national testing plan was eventually placed in the backburner as only blue states or Democratic states were the most affected by COVID-19 and thus would not be necessary and would not make sense in a political aspect.

Thus, because infections were only high in blue states, citizens would then blame the Democratic governors, which would become a favorable political strategy, according to the report.

Many Americans were outraged at the revelations. Congressman Ted Lieu commented that just like his father-in-law, Kushner essentially added more fuel to the fire, which resulted in the US having the worst responses to the pandemic.